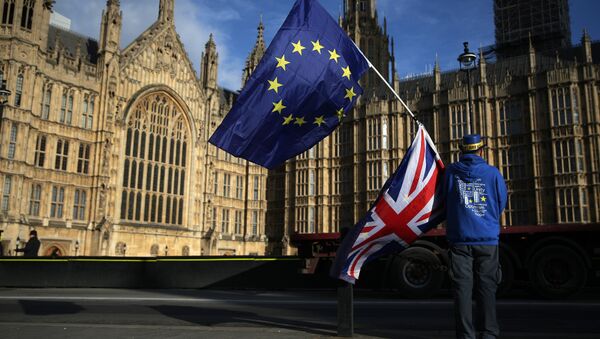 Chief EU Brexit negotiator Michel Barnier during a press-conference explained what a 21-month transition period means for both the UK and the EU.

Commenting on the results of the EU Council session Barnier said that time is needed to ratify the Brexit treaty before March 29, 2019 and still hopes to finalize the deal in October. According to him, the transitional period will last until December 31, 2020

Barnier also added that Britain will have to accept and abide by all legal changes that happen within the EU during the 21-month transition period, which will follow the UK's exit from the block. Moreover, he reminded that Britain will not be able to benefit from any trade deals that the EU has with other countries during this period.

At the same time he reminded that the transition period is quite short and both businesses and Britain must prepare for it, with the latter initiating discussions with third-party countries.

"During the transition period, whether the UK has wished to benefit from the economic status quo, it will be able to initiate discussions with third countries clearly. It's a short period of time and you've got to remember the day on which the UK leaves — based on its decision, on the morning of the 30th of March it will leave 750 different international agreements behind," Barnier told reporters.

UK Prime Minister Theresa May’s spokesman said Britain welcomes the EU's the agreement on transition terms after Brexit, adding that the two sides' positions were well aligned. However, the PM's spokesman noted that on more than one transition deal some distance between the UK and the EU still remains.

The UK is planning to leave European Union in March 2019, but has to settle the terms of separation first. The first round of Brexit talks concluded in December, 2017 when EU citizens' rights in the UK, the British-Irish border and London's financial obligations to Brussels were negotiated.