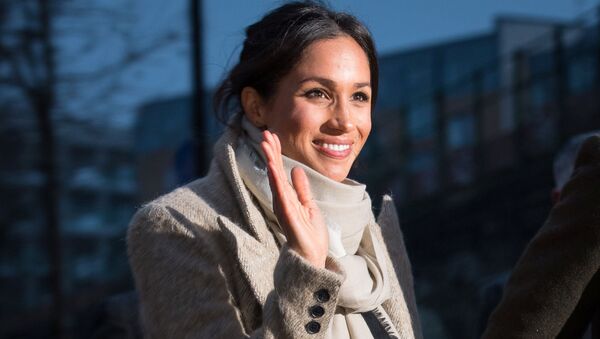 Ever since American actress Meghan Markle and Prince Harry made their engagement official, the duchess-to-be has been drawing lots of attention.

The former Suits actress has stood out for her unique fashion style and her Hollywood-style engagement dress, which — according to some accounts — led Queen Elizabeth II to send Markle to a sort of royal boot camp in efforts to remedy her ‘poor' public image.

'Family She Never Had': Meghan Markle's Sister Fires Back at Prince Harry

"You need royal class," the Queen is reported to have told her future granddaughter-in-law.

The Queen reportedly gave Markle a list of royal rules for her May 19 wedding, Business Insider claimed.

"Though Meghan understands she must have a different public persona now, she was shocked at some of the restrictions. They just seem too antiquated and ridiculous," a palace insider claimed, cited by The Star.

"She's told friends she finds the rules hilarious, but right now no one in the royal family is laughing," the source added.

Some of the rules include not coughing in public and not wearing skirts above the knee. She has also — if the reports are to be believed — been instructed to give out only one hug per day, as well as to make an effort to wave and smile at crowds and always look happy.

However, Gossip Cop disagrees, stating that the Queen has not ordered any sort if royal boot camp and claims that any long list of rules is another rumor surrounding what has rapidly become a national distraction.