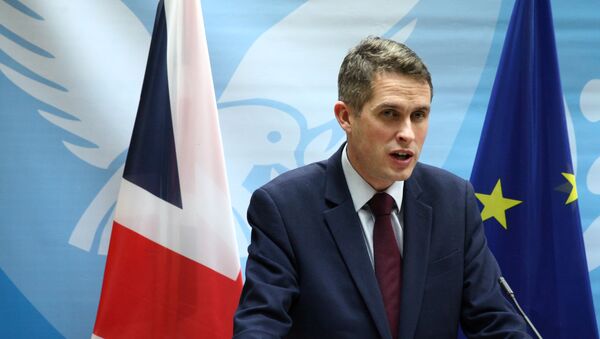 The top minister told the Telegraph that Moscow was researching the UK’s infrastructure connections to energy supplies for opportunities to create "chaos."

Williamson said an increasingly assertive Russia was ready to take action "that any other nation would see as completely unacceptable."

The defense chief did not back these assertions, but the publication said the Defense Ministry is struggling to secure funding for the Armed Forces as it begins a lengthy review process of its expenditures.

UK Uses Russia as 'Whipping Boy' to Inject into Military Projects - Analyst
The minister’s remarks regarding the alleged Russian threat followed a speech by UK Chief of the General Staff Nick Carter who said Monday that Russia "could initiate hostilities sooner than we expect."

The Chief of the General Staff also claimed that Western countries should determine Russia's weaknesses and "recognize that Russia respects strength and people who stand up to them."