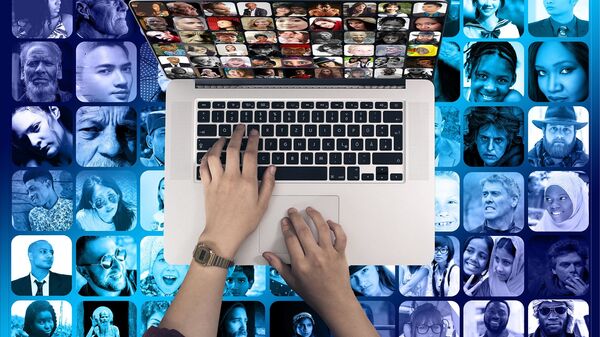 CC0 / /
Subscribe
International
India
Africa
Social media addiction is a rising debate amongst parents and scholars alike. Sputnik spoke to Professor Phil Reed from the Department of Psychology at Swansea University, about whether social media companies ought to have more regulations, to prevent addiction and misuse.

Speaking at the world economic forum, salesforce chief Marc Benioff raised alarms over social media addiction, saying that Facebook should be regulated in the same ways as cigarette companies — But is Benioff’s claim too much?

Sputnik: Is there any comparison to be drawn between these cigarette companies and the social media companies?

Phil Reed: I think there is. I think it's high time that people started realizing that. A lot of people have been pointing that out for some time. What we are not saying is that there's a direct parallel between the ways in which you get addicted to nicotine, and to alcohol, and the ways you get addicted to social media. They are possibly working through different mechanisms, but the net result is the same. What we've been seeing for a long, long time, is essentially social media companies operating outside the normal constraints that are applied to many other companies — whether they're purveyors of legal drugs, or broadcasting companies. However you want to categorize what social media is — they've been operating outside those boundaries for a long time. They’re essentially operating like a band of feudal barons, creating their own laws and little contexts in which to operate, and I think we're beginning to see the results here.

Science & Tech
How the Internet is Rewiring Our Brains and Making Us Dumb
Sputnik: How do social media companies exploit the vulnerabilities in human psychology?

Phil Reed: Well, it's the way in which social media actually works. There are two main routes through that. If you were to design a drug of addiction it would have the types of properties that social media have. It's very attractive, very encouraging, but also the immediacy of the delivery of its effects is also quite striking. It's also allowing people to get exactly what they want, when they want it. Remember; when you go to the net, you tend to go there for a particular purpose, and that's exactly what you get back from it. So it's meeting your expectations really quickly. Those are the very things that are liable to produce either compulsions, or addictions to a particular substance.

Sputnik: Could it be that when we surf social media, we are not seeing what we want to see, rather, what they want us to want to see?

Phil Reed: Well, while they can push their own agendas and they do so in a very effective way. It can be quite manipulative. Some of the research we have done shows that if you do suffer from some of these withdrawal effects from using social media or the internet, then the first time you go back to your device is incredibly reinforcing. When you turn the device on, the withdrawal effects go away. It's like the first cigarette of the day. Anything that's associated with that first turning on becomes very positively valued. Any message, or advert that is there when you turn your machine on, is actually going to be viewed positively. So you can actually manipulate the way in which people view messages, by when they are presented, relative to when the device is turned on. Of course that only applies if you're addicted to the internet, and won't have the same effect if you're not. But nevertheless, it's these types of strategy that allow social media companies to keep people addicted. But it's not just the social media companies that are doing this, we also do it to ourselves. Because when we go to search something, we actually come to it with a set of expectancy's, a certain set of needs and wants. Those are the very things we look for, and those are what we actually find, because we don't look at anything else. So it reinforces all of our own views. We never really get a direct challenge to us, and that's very reinforcing. If everything we look at seems to be agreeing with you, then that's great! Nobody ever disagrees, which is great because that is very irritating, and we just keep ourselves going back for that reason!

Science & Tech
Social Engineering to the People: Facebook Asks Users to Rank Media Credibility
Sputnik: Do you think that something like a digital boot camp could be implemented in the UK?

Phil Reed: It's almost certainly not going to work. There's one very simple reason for that. While it works in the sense that it keeps people away from their digital devices for a short time, it doesn't address the underlying need that those people might be feeling. That might differ from individual to individual. Unlike a substance abuse, the internet and social media do not have any intrinsic physiological affects itself. The physiological effects are entirely dependent on why we have gone to the internet. For some people, it works like a sedative, and it reduces their physiological arousal. For other people, it works as a stimulant, increasing their physiological arousal. Unless you address the individual reasons why someone is using the internet, then the boot camps in themselves will just fail.