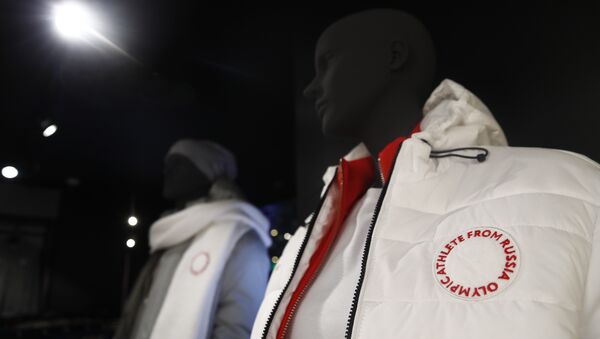 MOSCOW (Sputnik) - The International Olympic Committee (IOC) on Friday refused to comment on cases of non-invitation of Russian athletes, who were not accused of doping violations, to the 2018 Winter Olympic Games that will be held in South Korea's PyeongChang, the IOC told Sputnik.

"To protect the rights of the persons involved, the IOC cannot comment on any individual cases. We refer you to our press release which we published last Friday which explains how the process works and how the athletes have been chosen for the pool of athletes who can be considered for invitation to Pyeongchang 2018. We have nothing to add to our statement," the IOC said.

The statement was made after on January 23, the IOC issued a list of the Russian athletes, who were invited to take part in the games. The list did not include a number of leading Russian athletes in various sports including biathlon, speed skating and ice hockey, who was not accused of any doping violations. The decision is preliminary and the Russian Olympic Committee (ROC) is hoping to defend the athletes. The Kremlin has expressed regret over the exclusion of the athletes from the list of potential participants.

According to the IOC statement, the decisions on the invitation of Russian athletes were made by the Invitation Review Panel, which did have specific criteria, but based on the evidence "provided by the [Richard] McLaren and the [Samuel] Schmid Reports, by the Disciplinary Commission of Denis Oswald, information provided by various departments of the World Anti-Doping Agency and intelligence provided by Olympic Winter Sports Federations and the Pre-Games Testing Taskforce."

The move contradicts the IOC Executive Board's decision of December 5, suspending the Russian Olympic Committee over a doping scandal and withdrawing the medals won by athletes found guilty of doping usage at the 2014 Sochi Olympics. However, the IOC has allowed "clean" athletes to participate in the upcoming Winter Games under a neutral flag.