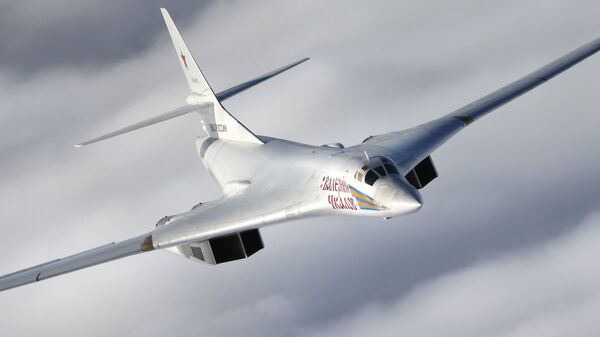 Ilya Tsukanov
All materialsWrite to the author
Speaking to officials at the Gorbunov Aviation Factory in Kazan, southwest Russia on Thursday, Russian President Vladimir Putin pondered whether a passenger variant of the Tu-160, the supersonic variable-sweep wing heavy strategic bomber known as the White Swan, might be a viable idea.

Recalling the history of the Tu-144, the USSR's answer to the British-French Concorde supersonic passenger airliner, Putin noted that that Soviet airliner "was taken out of production because airline tickets must take into consideration average salaries in the country."

Today, "the situation is different," the president said. "Big companies have appeared which could have used this aircraft."

Pointing to the problem of Russia's vast expanses, and the fact that a resident of Russia's western region of Kaliningrad can fly faster to New York than he or she could to Vladivostok in the Russian Far East, Putin pondered whether perhaps Russia could make a civilian variant of the Tu-160, the successful supersonic aircraft design developed in the 1980s for the military which continues to be produced and modernized to this day.

The president expressed the idea after watching a test flight of the Pyotr Deynekin, the latest Tu-160 design.

Yuri Slyusar, the head of the United Aircraft Corporation, a company whose holdings include the Gorbunov plant, told Putin that UAC already has a project of a new supersonic passenger liner in the works.

After observing the test flight, Putin praised the new plane's developers and asked them to thank the test pilots on his behalf.

The Tu-144 was the Soviet Union and Russia's first and only supersonic passenger airliner, designed by the Tupolev Design Bureau between 1960 and 1968 and produced by the Voronezh Aviation Plant. Tu-144 passenger flights flew along the Moscow-Alma Atta route for a short period in the late 1970s, with tickets priced at 1.5 times more than a flight aboard an ordinary passenger Tu-134. Despite making its first flight two months before the Concorde, the Tu-144 never achieved the same level of commercial success as its Anglo-French cousin. The Concorde, introduced in the mid-70s, continued flights across the Atlantic until the plane was retired from service in 2003. 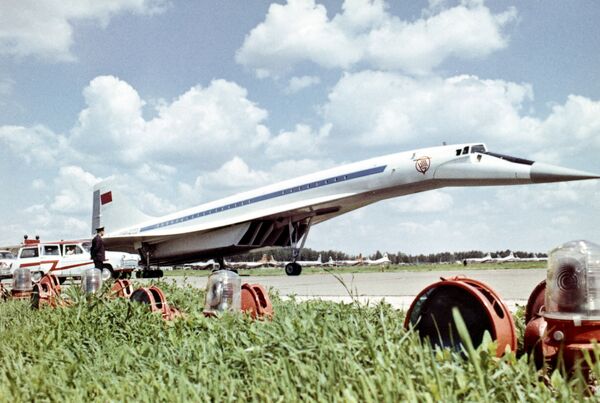