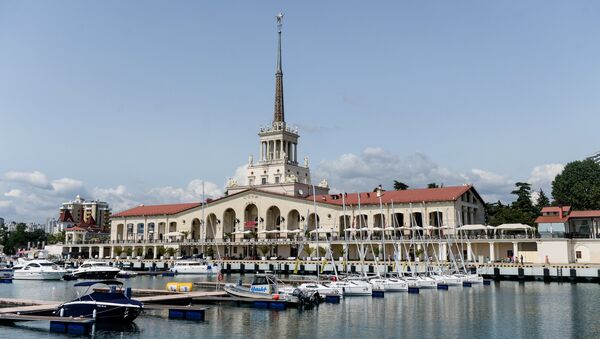 WASHINGTON (Sputnik) - A US State Department official told Sputnik on Wednesday that it can confirm the United States received an invitation to the Syrian National Dialogue Congress in Sochi but could not provide information on whether US representatives would attend.

"We can confirm the United States received an invitation for the Syrian National Dialogue Congress in Sochi. As our focus remains on supporting Geneva and substantive progress from those negotiations, the UN must have full discretion when deciding whether separate events contribute to the Geneva process," the official said.

"We do not have any further information to provide regarding US attendance or participation at this time," the department added.

Syria Talks’ Path From Fragile Ceasefire to National Dialogue Congress
The invitations to participate in the congress of the Syrian national dialogue in Sochi were sent by a special representative of the Russian president for Syria Alexander Lavrentiev on behalf of Russia, Iran and Turkey. The invitation was also sent to UN representatives and observers from Great Britain, China, the United States and France — as permanent member of the UN Security Council, as well as to Egypt, Jordan, Iraq, Kazakhstan, Lebanon and Saudi Arabia.
Newsfeed
0
Access to the chat has been blocked for violating the rules . You will be able to participate again through:∞. If you do not agree with the blocking, please use the feedback form
The discussion is closed. You can participate in the discussion within 24 hours after the publication of the article.
To participate in the discussion
log in or register
loader
Chats
Заголовок открываемого материала