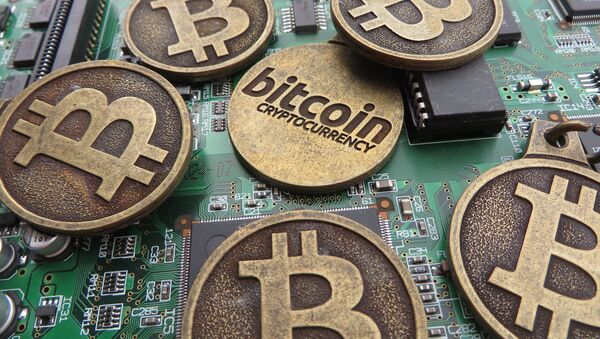 The news on Stripe, the authoritative pay processor ditching Bitcoin-based transactions seems to raise quite a few questions - both over the failed bitcoin expectations and which digital currencies are actually promising.

Stripe, the company which helps over 100,000 businesses successfully perform online financial transactions, is to round off its nearly four-year support for Bitcoin payments.

The move came amid remarks that incredibly high price volatility that the bitcoin has shown recently hampers transactions, makes them too slow and for a big commission fee. Separately, Stripe said Bitcoin users now saw the virtual currency largely as an "asset" to be bought and sold, rather than something a means of exchange.

"By the time the transaction is confirmed, fluctuations in Bitcoin price mean that it's for the 'wrong' amount," Stripe's product manager Tom Karlo said in his blog.

Bitcoin transaction fees had also risen "a great deal" resulting in a decrease in demand from Stripe's customers to accept Bitcoin payments, he said. He added that an average fee is tens of US dollars, which is nearly as costly as a bank wire.

The Stripe payment processor was the first to lend support for Bitcoin back in 2014 and has been with it all through its rises and falls for the past 4 years.

Now all transactions are due to be stopped by April 23.

However, the future doesn’t look that gloomy for all the rest of cryptocurrencies Stripe is operating with.  Karlo went on to say:

"We're interested in what's happening with Lightning and other proposals to enable faster payments."

"OmiseGO is an ambitious and clever proposal; more broadly, Ethereum [blockchain based computing platform] continues to spawn many high-potential projects."

There’s no way to present this Stripe news as good news. We are basically telling all early adopter merchants that they did it the “wrong way” and now have to retool to add lightning network.

But they’re not. They’re not moving to Bitcoin cash (or other) either. They’re leaving

So @stripe is abandoning Bitcoin support, but prepares to accept #lightning and various cryptocurrencies pic.twitter.com/XOc0g6xQGC

#bitcoin bubble popping. Businesses are dropping btc while more companies are rushing to get in line for #Ripple #HODL your #XRP https://t.co/hQGZBaUZt0

Many took the news as a possibility to promote currencies other than bitcoin, having lost hope of its revival:

@stripe, I see you stopped accepting #Bitcoin for not being fast & cheap enough for you. If you are serious about choosing the fastest, cheapest, most secure Payment look no further than @DigiByteCoin which satisfies all #Stripe needs. Check out #DigiByte (Bitcoin on Steroids) pic.twitter.com/sf7uSrOT26

Notably, Bitcoin has been recently reported to hit as low as less than 10,000 US dollars, although it previously enjoyed an incredible surge reaching a record peak of $US19,783 in late December. Back then, Bitcoin made headlines as it lost 20 percent of its value after a mere two-day, but perfectly wild run.