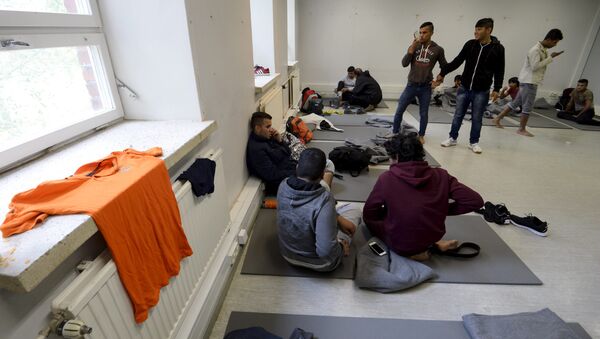 The percentage of foreigners accused of sex-related crimes has been rising for three years in a row, statistics from Finland's Police College revealed. Today, 37 percent of suspects in the metropolitan area are foreign-born, national broadcaster Yle reported, indicating their overrepresentation. The statistics only include immigrants with a foreign citizenship.

By the end of 2017, foreigners constituted only 10 percent of the metropolitan area's population. This figure includes only foreign citizens with a permanent address. In 184 cases of the 499 sex offences reported in Espoo, Grankulla, Helsinki, Kirkkonummi and Vantaa, the suspect was of a foreign background.

"There are many young men among the Iraqis, and young men generally commit the most crimes. The same goes for Finns by the way. That's a big part of the explanation. In the fall of 2015, when many Iraqis came to Finland, most of them were young men," Hietaniemi told Yle. "Another reason is the weak position of women in the country they come from, coupled with a war background, that is the experience of living under violent conditions," she expanded.

Nina Nurminen, a psychologist and teacher at the Criminal Sanctions Agency's education center, attributed Iraqis predilection for committing sexual crimes to differences in the cultural background, which have an impact on the person's behavior.

"However, it's important to keep in mind that risk factors as such do not cause a person to practice sexual violence. If background alone was the reason, the question is why in that case not everyone with the same background is guilty of sexual offences," Nurminen said, highlighting the importance of individual psychological factors.

According to her, most rapists are men, over 80 percent of whom are over 20 years old. Furthermore, the perpetrator often has drug problems and a low socio-economic status. Lastly, a sense of "rootlessness" was identified as a major factor in criminology.

"As regards sexual offenses, however, a large part of them happen out of sight and never draw the police's attention. Sexual crimes are reported more seldom, because the victims often feel ashamed," Nurminen said, suggesting a high number of unreported cases.

According to her, though, there are no major differences in the mentality foreign and Finnish offenders.