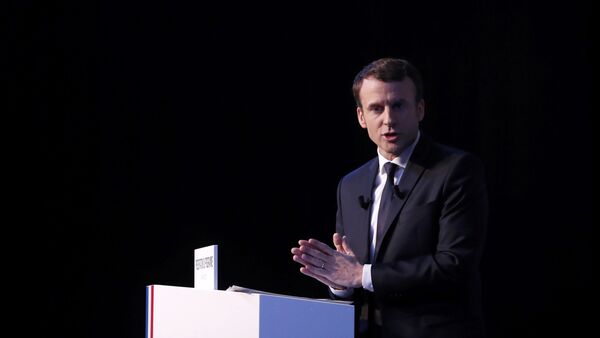 The French President addressing to the participants of the 2018 World Economic Forum in Davos said that the European Union should be changed to be able to compete with China and the US.

The EU needs to reform itself this year to be able to compete with big powers like China and the United States, French President Emmanuel Macron said at the World Economic Forum in Davos, Switzerland, adding that "the less ambitious [countries in the EU] should not block the more ambitious in the room."

Macron also said that the countries that share the euro currency should agree on a "much stronger" and "much fair" system. The French President believes that European countries should coordinate their tax policies "because otherwise, talents will disappear."

Emmanuel Macron also called on the WEF participants to harness the negative effects of globalization.

The World Economic Forum is set to be held on January 23-26, and some 70 heads of state, as well as 340 ministers, are expected to attend the event.