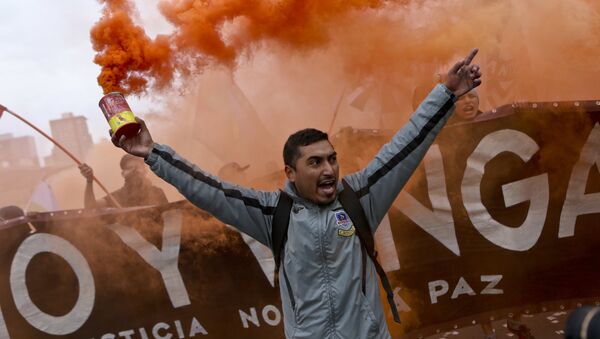 Kit Klarenberg
All materials
On September 11 1973, the democratically-elected Chilean government, led by President Salvador Allende, was overthrown in a brutal coup organized and backed by the US Central Intelligence Agency, and executed by the Chilean military. General Augusto Pinochet assumed leadership of the country, killing and torturing thousands of opposition figures.

The role of US government and intelligence services in supporting Pinochet before and after the coup is well-documented — the UK government doing much the same significantly less so. However, newly published declassified files have exposed Britain's secret collusion with his repressive junta from the day it seized power. 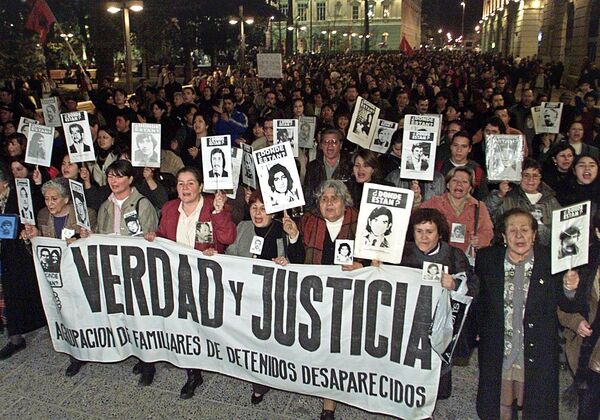 Allende's overthrow was prompted by his nationalisation of various industries, including the country's country's copper industry.

The popularly-supported policy provoked much panic in Washington, and the US moved quickly to penalise Chile, cutting off all credit and aid to the government, and pressuring the World Bank to follow suit.

The policy was also poorly received by British officials. As an internal Foreign Office memo notes, the UK's "major interest in Chile is copper."

"We import about one third of our copper from Chile. Largely owing to the disruption to production in Chile this year and fears for the future, the price has now risen to over £800 a ton. Each £1 on the price of copper taken over a year costs the UK £1/2 million in foreign exchange. We therefore have a major interest in Chile regaining stability, regardless of politics," the dispatch said.

​Moreover, in a September 3 1973 memo sent by UK Ambassador to Chile Reginald Seconde to the UK Foreign Office, he acknowledged many people "in the poorer and most depressed sections" of Chile had, as a result of Allende's policies, "attained a new status and tasted a better standard of living."

Such developments were by no means welcome in certain quarters — in the same dispatch, Seconde said the Chilean business community were "pinning their hopes" on a coup, followed by a "military-guided regime."

Stick It Up Your Junta

The blood-spattered coup became reality eight days later — and the files demonstrate UK officials warmly received the action, quickly moving to establish positive relations with the junta, despite being fully cognisant of the atrocities being carried out.

On September 14, Ambassador Seconde noted in an internal Foreign Office memo casualties would probably "run into the thousands" — in another dispatch sent the next day, he said the extent of the bloodshed had "shocked people."

The UK government was not shocked, however — in fact, officials were intensely relaxed about the new government, albeit reticent to make their support for Pinochet's junta too public.

"It would not be in anyone's interest to identify too closely with those responsible for the coup. But we still have enough at stake in economic relations with Chile to require good relations with the government in power," Conservative Foreign Secretary Alec Douglas-Home wrote September 13.

Seconde was nonetheless outspoken in his support for the junta, albeit behind closed doors — he welcomed the prospect of Pinochet "[imposing] a period of sensible, orderly government," and said the nationwide ban on political activity was "for the time being, no loss."

"Most British businessmen, whether they have investments here or are interested simply in exporting to Chile, will be overjoyed. British subsidiaries and investments are all breathing deep sighs of relief. Now is the time to get in. If we delay too long, while we may not miss the bus, we are likely to have difficulty in finding a comfortable seat," the Ambassador wrote September 19.

National Archives: US and UK Planned to Attack Iraqi Forces After 1991 Gulf War
On September 22, Seconde met the Chilean government's new Foreign Minister, Admiral Huerta. Top of the agenda was agreeing a statement the Heath government could issue to "reassure public opinion at home," while making clear the Conservative administration privately "understood the motives of the armed forces, intervention and problems facing the military government."

Huerta was given a draft declaration to sign off — the British government would say the savagery unfolding in the country was "a matter for the Chilean government only," while alleging the UK ambassador had expressed to the government "the very strong feeling which exists in many quarters in Britain over the deaths of President Allende and others and over the many people arrested." In response, the Chilean government was claimed to have "offered assurances" they would deal with political prisoners "in a humane manner."

Huerta agreed, and it was subsequently circulated to the UK press — despite an internal Foreign Office acknowledging no one in the government "seriously doubts torture is going in Chile." 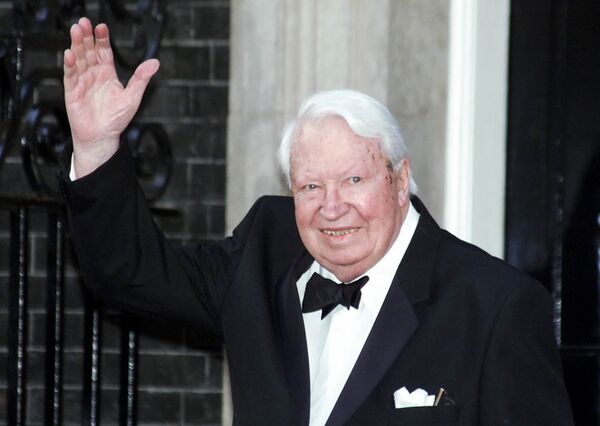 Britain's former Prime Minister Sir Edward Heath
© AP Photo / Max Nash
In turn, the UK government recognized the legitimacy of Pinochet's military dictatorship, one of the first countries in the world to do so.

On October 1, in a lengthy dispatch reflecting on the state of Chile three weeks after the coup, Seconde celebrated the victory of the junta, noting "the final seal of failure" had been put on Allende's socialist experiment, which had "obvious advantages for the West." In essence, Pinochet's government "[suited] British interests much better than its predecessor."

"Five months ago it seemed possible Chile would follow Cuba, with all the consequences for Latin America that would follow. Moreover, there was a danger a successful outcome to the Chilean experiment would have repercussions beyond Latin America," the Ambassador wrote.

While recognizing "internal security problems, diplomatic isolation by the Soviet bloc and critical world opinion" could push Chilean military leaders "in directions public opinion will deplore," and the next few years "may be grey ones, in which freedom of expression [suffers]," ultimately Pinochet had "infinitely more to offer British interests" than Allende.

"The new leaders are unequivocally on our side and want to do business, in its widest sense, with us. I hope Her Majesty's Government will respond," he concluded.

Her Majesty's Government did indeed respond — but again, not publicly. Foreign Office Minister Leo Amery met with Judith Hart, Labour's shadow minister for overseas development, who was campaigning for an end to UK aid and credit to Chile.

He made clear "this will not happen" — as an October 12 Foreign Office note explained, the UK's priorities in Latin America were "determined largely by trading and investment interests…our public policy is to refuse to be drawn into the controversy of the rights or wrongs of the new military government."

​Arms were a major "trading interest" for the UK — in a bitter incongruity, Hawker Hunter aircraft supplied to Chile by Britain proved instrumental in the coup, as Seconde happily noted in his October 1 dispatch.

"Hawker Hunters put on an impressive show of force [diving] down at the Moneda Palace and with remarkable accuracy released their aerial rockets. These did much damage and set the Palace on fire. The President's residence on the outskirts of the city, where resistance was encountered, was similarly attacked," he wrote.

Declassified Files Reveal Strong UK Support for Ugandan Dictator Idi Amin
A November 19 Conservative party briefing paper stated the government's policy was "to supply arms to the new Chilean government on the same basis as we did to their predecessors," with an order from Allende's government for eight more Hawker Hunters and assorted military equipment worth over £60 million ready to be honoured.

However, UK officials wished to boost these receipts — diplomat Peter Fullerton wrote to Seconde November 2 1973 stating the Heath administration "shall want in due course to make the most of the opportunities presented by the change in government." Come the 1974 election, which Heath lost, millions had been reaped by UK arms firms through Chilean orders.

The election of Labour signalled a reversal in Anglo-Chilean relations — the new government halted all arms sales, aid and credit to Pinochet's junta, withdrawing the British ambassador in 1977. Moreover, trade unionists refused to fix bomber-plane engines destined for Chile, compelling Rolls Royce to break its existing contract with the Chilean Air Force.

This in turn was reversed in May 1979, with the election of Margaret Thatcher as Prime Minister — diplomatic relations were rapidly restored, and arms sales resumed. By June three years later, her government had sold Pinochet warships, missiles, bomber planes, naval pyrotechnics, machine guns, ammunition and much more.

#DECLASSIFIED. UK files on murderous 1973 #Chile Pinochet coup against Allende are truly remarkable. They show total UK support for the takeover and the brutal military regime. UK warplanes also used. Here are the original files I used to tell this story. https://t.co/OfGHus8mey pic.twitter.com/tV8TAmspVv

​The damning files were made available via UK historian Mark Curtis' "Declassified" project, which aims to construct a fully comprehensive and searchable collection of British government documents, making them more accessible to the public than currently. Moreover, the initiative seeks to encourage and support other researchers in their own efforts, leading to the publication of more documents.