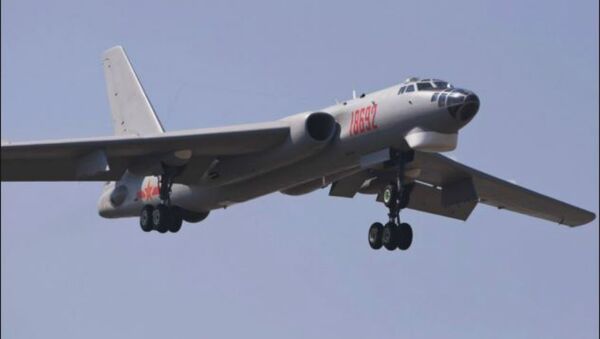 Years of heavy investment in military equipment and technology in China’s People’s Liberation Army have resulted in a new electronic warfare aircraft that will be deployed for projecting power in the East and South China Seas, according to recent Chinese media reports.

The latest electronic aircraft to join China's navy have been in development since 2008, the Global Times noted. A defining feature on the jets consists of electronic countermeasure pods mounted on the plane's wings to play "a supporting role" in electronic warfare environments, said Military Time, a CCTV program in China.

"The main role of the electronic fighters is to obstruct the enemies' electronic jamming devices — for example, radar — to temporarily or permanently, if powerful enough, cover the surveillance devices and to hide our combat platforms' track," Song told the Global Times.

In 1999, a PLA officer described the 2.8 million-person military as being similar to a boxer plagued with "short arms and slow feet," in a RAND Corporation analysis of China. At the time, Beijing's army was described as "indisputably not a ‘peer-competitor' of the United States."

Since, China's leadership has invested an unprecedented level of resources into its navy, air force and general military technology capabilities. Nearly a decade later, China's military capabilities had advanced to become "anything but ‘short' or slow,'" due to new top-of-the-line Russian aircraft, surveillance assets in space, a sizeable inventory of ballistic missiles and an improving naval force, according to a study published for the US-China Economic and Security Review commission.

Recently, Chinese President Xi Jinping declared that sufficient military equipment was no longer an issue for the People's Liberation Army. Instead, the PLA should prioritize digitized warfare, technology education programs for PLA personnel, and more creative military doctrines, Xi said during a recent address at the PLA's Central Theater Command.

"In the past, we had more spirit than steel. Now, we have plenty of equipment," Xi said.

"The PLA has been a keen observer of US military operations, using lessons learned to supplement and update Chinese strategic thought and planning," the 2009 US study said, adding that the PLA had learned lessons from Operation Desert Storm and Operation Iraqi Freedom, including "the importance of ‘real-time' C4ISR [Command, Control, Communications, Computers, Intelligence, Surveillance and Reconnaissance], long-range precision strikes and advanced electronic warfare capabilities."