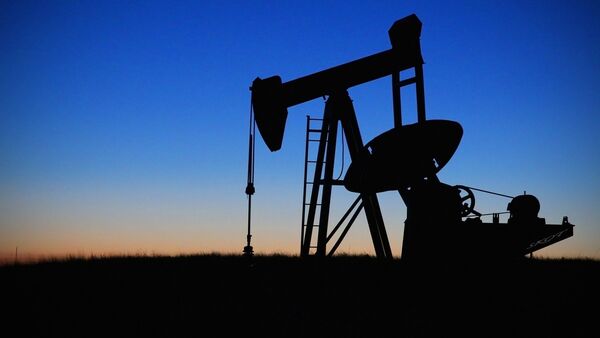 "Market rebalancing can be defined by different indicators, like approaching the five-year average levels [of oil stocks] and other factors, and we agreed that we will conduct a study on this topic. It does not mean anything, nothing changes, it's just important for us to make sure that the market is getting rebalanced," Novak said after the JMMC meeting in Muscat.

The minister continued by saying that the committee did not discuss the revision of production quotas under the Vienna deal, as stability was more important for the agreement than little revisions.

On Russia's Oil Production And Quotas

According to Novak, it is too early to discuss the revision and the easing of Russia’s obligations under the Vienna deal on oil production curtailment.

"It is premature to say. Currently, we go from those quotas that were defined by us in December 2016 and there are no revisions. Now it’s out of the question," Novak noted.

The minister specified that the Russian Energy Ministry keeps forecast for oil production in Russia this year at the same level as in 2017, noting, however, that Russia would be able to increase oil production if needed.

"Of course, if we have the situation, when there is a need to gradually withdraw from the agreement, in the context of the complete rebalancing of the market and it will be necessary not to rapidly increase the output, but rather taking into account a certain schedule… not all the states are able to do it, but Russia has such capabilities," Novak said.

The top official continued, saying that the oil prices were not the only factor, which would be taken into account in the decision on withdrawal from the OPEC-non-OPEC deal on oil output cuts.

"The price factor is not the only factor, which signals the withdrawal from the deal. We will look at the situation on the market. We do not want some particular indicators to determine [the withdrawal]. There should be a full recovery of the market," the minister emphasized.

The member states of the Organization of the Petroleum Exporting Countries (OPEC) and non-OPEC countries have reaffirmed their commitment to the Vienna agreement on the reduction of oil production, the Russian energy minister said, adding that the parties to the Vienna agreement might continue their cooperation in consultation format after the deal's expiration.

"All the parties to the agreement have reaffirmed their commitment to the deal's implementation. Any joint actions will once yield results. Nevertheless, we have discussed and agreed today and before that, the format of cooperation between Organization of the Petroleum Exporting Countries (OPEC) and non-OPEC countries might be maintained in a consultation format after the deal's expiration," Novak noted.

Regarding the situation in Libya and Nigeria, the minister noted that the level of oil output in these countries has stabilized and the two African nations now follow the principles of market balancing.

"Today we have monitored the situation of several recent months and we can see that Libya and Nigeria are summarily at the same level. It means that their production has stabilized and it also has a positive impact [on oil prices] they do not grow anymore. Generally, our colleagues have said and confirmed one more time that they are committed to such more stable situation and balance and have no plans to increase [oil] production," Novak said.

The minister expressed hope that the oil market should stabilize in 2018.

"We believe that on the whole, the market should stabilize in 2018… The rate of stabilization and reduction of overhang crude oil overall in the world is good now," Novak said.

In 2016, OPEC and 10 non-cartel oil producers managed to reach a deal, stipulating cuts in oil output by a total of 1.8 million barrels per day from October's level to support oil prices. In November 2017, the oil producers agreed to extend the deal for the entire year of 2018.

A joint ministerial monitoring committee, which meets on a bi-monthly basis, was established to oversee the implementation of the agreement and to formulate recommendations on amendments to its provisions. The committee comprises representatives of Algeria, Kuwait, Oman, Russia, Saudi Arabia and Venezuela.