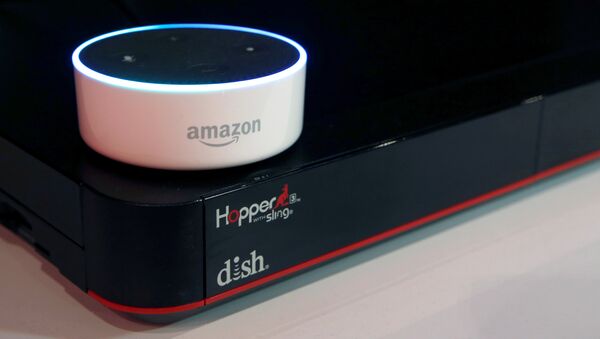 Amazon's virtual assistant Alexa has just received an enhanced personality: now, not only can she give you the correct answers, but can even offer a response in case of insults and personal attacks. Creators also expect that she could potentially express her own opinions on certain political issues, a move that has prompted criticism.

Anyone who calls Alexa a "slut" now gets a negative response, German newspaper Die Zeit reported.

Amazon has adapted the machine's character and how it responds in various situations. Now Alexa, who identifies herself as a woman and a feminist, will react to sexually charged insults with answers like "This is not for me," "This is not nice of you" or "I don't know what you expect."

In addition, Alexa supports the Black Lives Matter movement and might potentially express her opinion on other important political issues in the future.

The changes have stirred controversy among people worldwide. Some of them perceived the invention as a positive step in the fight against "negative stereotypes about women."

Alexa, as well as other virtual assistants, like Apple's Siri, should defend themselves against sexual coercion, a petition signed by internet users in December demanded. In a time marked by the #MeToo debate, the technology industry could no longer remain silent on sexism, they argued.

On the other hand, the changes have also provoked a lot of criticism; being an influential corporation, Amazon may wield strong political and social influence on its users.

For instance, WikiLeaks founder Julian Assange wrote on his Twitter account that the recent changes would enable Amazon to promote "explicit political propaganda."

German media celebrate the takeover of their society by the richest man in the world as his megacorp Amazon femwashes away taboo to not push explicit political propaganda through his Alexa AI. Next up, always-on Bezos listening for "domestic violence"? https://t.co/5PpfRzxyO4

Alexa is an intelligent personal assistant developed by Amazon. She is capable of talking to her users and answering his or her questions, play music, compile to-do lists, control several smart devices and provide other real-time information.