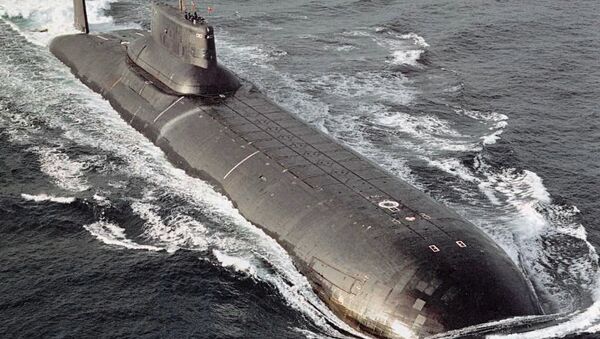 The submarines have already been withdrawn from operational status in the Russian Navy as their further use is unprofitable.

The two largest nuclear-powered submarines of Project 941 (the Akula code) Arkhangelsk and Severstal are planned to be decommissioned, a source in the shipbuilding industry told RIA Novosti.

"Their further operation is unprofitable: they have already been withdrawn from the Navy, Rosatom is to decommission them after 2020," the source said.

Now the only Project 941U submarine remaining in the Navy is Dmitry Donskoy, used to test the Bulava ballistic missile.

The six Project 941U nuclear submarines are the world's largest, with a full displacement of 49,800 tons, a length of 172 meters, and a width of 23.3 meters. The Dmitry Donskoy submarine is the flagship in the series — built in 1976, was accepted into combat operation of the Northern Fleet in 1981.

In 1996-1997, due to a shortage of funds, three missile carriers (TK-12, TK-202 and TK-13), which had been in service for only 12-13 years, were withdrawn from operational status. The Dmitry Donskoy ship had been in the Sevmash repair service for 10 years, for modernization and re-equipping necessary for Bulava testing.