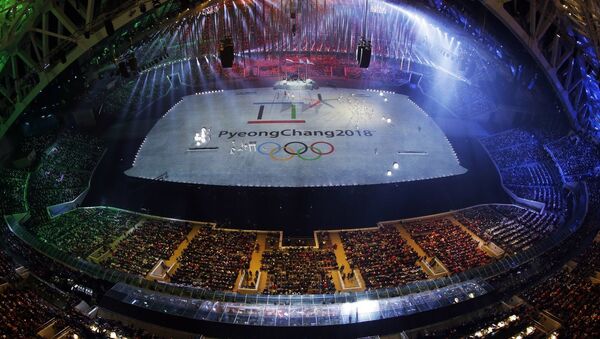 "The IIHF supports the proposal to have a joint North/South Korean team. Considering the exceptional circumstances of these two countries and the opportunity offered by PyeongChang 2018, a joint North/South Korean women’s ice hockey team would positively reflect the Olympic ideals of social development and peace through sport," Steiss said, commenting on a landmark agreement, reached on January 17 between the countries, to march together under a "unification flag" at the opening ceremony of the 2018 Winter Olympics and field a joint team in women's hockey.

However, the agreement of the two neighboring nations to form a unified Korean female hockey team was criticized by the Swiss Ice Hockey Federation, which claimed that a potential joint team would create an uneven playing field and unfair competition. The move was not welcomed in South Korea itself as well, with more than 70 percent of South Koreans expressing their disagreement with the idea, according to a survey jointly conducted by the SBS broadcaster and the South Korean National Assembly Speaker’s office.

The idea of "unification flag" has also prompted a backlash among South Koreans, with almost a half of them opposing the move, according to a survey by the RealMeter pollster released on Thursday.

The rapprochement between the neighboring states began following North Korean leader Kim Jong Un's New Year's address, in which he backed the idea of sending his country's athletes to the Olympics. The two Koreas have been divided since the end of World War II and the situation on the Korean Peninsula grew particularly tense in the last year, as North Korea continued its missile and nuclear tests, despite opposition from its neighbors and their allies.