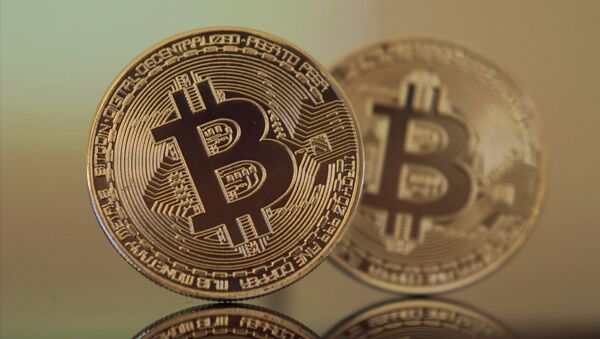 Despite ongoing attempts to regulate the trade in virtual money, cryptocurrencies are expected to soar in popularity, market participants predict.

Crypto specialists attending the North American bitcoin conference in Miami all agreed that official efforts against cryptocurrencies have failed to dampen public interest in transactions with virtual money.

“It’s impossible to ban bitcoin and cryptocurrency trading because the more you regulate, the more it will become popular,” Francesco Nazari Fusetti, co-founder and chief executive officer of blockchain technology company Aidcoin said, as quoted by the  Express.

He added that better knowledge about the way cryptocurrencies work would help allay the current fears surrounding them, and blamed the recent drop in bitcoin prices and market uncertainty on “a mix of an unfavorable news cycle and speculation fueled by the media.”

'Concerning' Bitcoin Bounce Sparked by Rumors of Regulation – Finance Expert
Eran Eyal, chief executive officer of Shopin, a project that aims to be the decentralized Amazon of the virtual currency space, believes the efforts by governments will not significantly impact bitcoin.

He said that the general trajectory is upward for cryptocurrencies and bitcoin.

Bitcoin rates spiked more than 1,700 percent in 2017, with the rally stopping just shy of $20,000 amid investor frenzy to snap up as much of the virtual currency as possible on expectations of further growth.

Alarmed by bitcoin’s head-spinning appreciation, however, global regulators have stepped in to protect investors from possible fraud.

China and South Korea have cracked down on cryptocurrencies while Japan is mulling a similar clampdown.

South Korean authorities have threatened to shut down all cryptocurrency exchanges “or just the ones who have been violating the law” sending bitcoin prices tumbling below $10,000 on Wednesday.

Bitcoin Trap: Cryptocurrencies May Trigger New Crunch
On Thursday, however, bitcoin made up some of its lost value trading at $11,718 – a 4.6-percent gain from the day before.

South Korea is the third-largest market in the world for bitcoin trading after Japan and the United States.

In the United States, meanwhile, the Treasury Department’s Financial Crimes Enforcement Network is coming down hard on cryptocurrency platforms which it believes do not have internal safeguards strong enough to prevent money laundering.

Trade in bitcoin is a particularly lucrative business in South Korea  where the virtual currency is selling at about a 30 percent premium due to huge popular demand.