WATCH Video From Scene of Axe Attack in Russian School 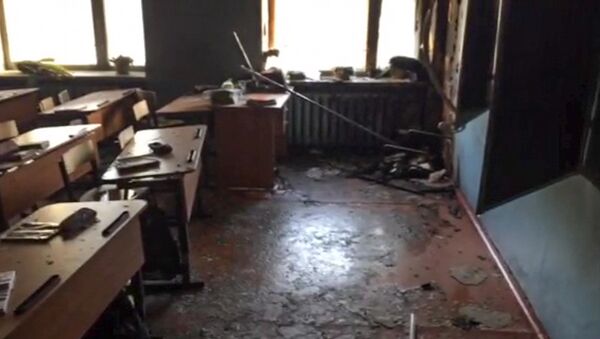 A teenage student was detained early Friday on suspicion of staging an axe and arson attack at a school near the southern Russian city of Ulan Ude.

An alleged video showing the site of an axe attack in a Russian school has been released.

The footage shows collapsed plaster from the ceiling, scattered furniture and books.

Investigators said they suspected that the ninth-grade student had attacked seventh-graders with an axe at a school in the village of Sosnovy Bor on Ulan Ude outskirts in the Buryatia region. He then threw a Molotov cocktail into a classroom and started a fire, injuring five.

According to authorities, there were three suspects in the attack, with one of them being detained.