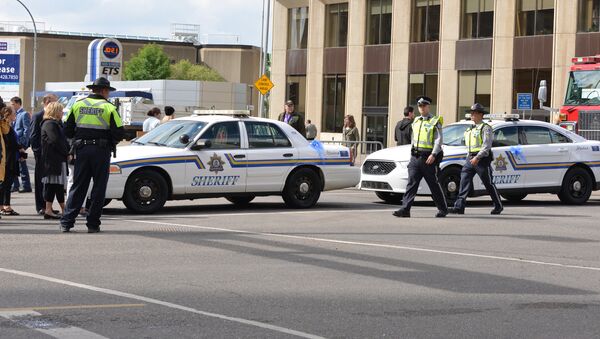 CC BY 2.0 / Alberta Justice and Solicitor General / Edmonton Police Service
Subscribe
Brittney Gargol was 18 when she was murdered in Canada. She was found strangled to death near a landfill with a belt near her body. It was a case shrouded in mystery for two years, before finally a Facebook selfie helped solve it.

Brittney Gargol’s best friend, a 21 year-old girl named Cheyenne Rose Antoine, tried to confuse the police and draw them away from her, coming up with stories and fake alibis.

In one account, the girl confirmed to the police that she was with the victim on the tragic day that Gargol was killed; when they went to a bar together and met some other people.

Ghastly Murder of an Ailing Mother by Son Caught on Camera (VIDEO)
She later said that two strangers from Toronto murdered Gargol, and held a gun to her head; however, her stories did not come through as there was no CCTV footage of them going to the mentioned bar, neither was there an alibi which could confirm her story.

It seemed like the death of the girl was an unsolvable case, but then police decided to dig up some information on Facebook and that is when they saw the murder weapon in a photograph.

Gargol and Antoine had posted a selfie to Facebook six hours before the young woman was killed.

The Facebook photo showed Antoine wearing a belt identical to the one that was found near Gargol's body.

​Police then received a real break when Gargol's family received a tip from an unknown source saying Antoine came to them, very drunk, on the night of the murder and confessed that she had "hit her friend" and "strangled her".

On Tuesday, Antoine pleaded guilty to manslaughter and was sentenced to seven years in prison.

She was said to have had trouble with drugs and alcohol and it was alleged triggered by sexual abuse she faced at home at the hands of her foster father.

The girl showed remorse to killing her best friend, saying that she doesn’t remember doing it, but remembers that they were both drunk and had gotten into an argument.