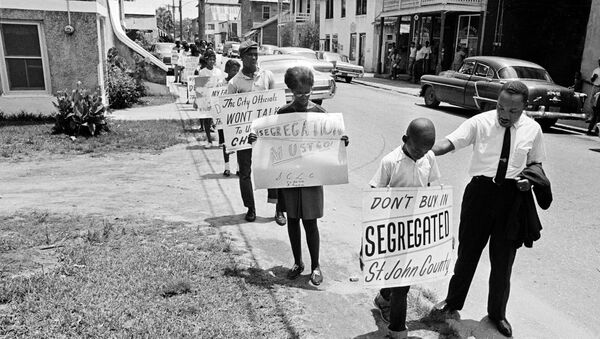 John Wight
All materials
There is nothing quite so nauseating as liberal America associating itself with the legacy of Dr Martin Luther King Jr., a man who stood against everything it stands for and represents, such as cozying up to Wall Street and the rich at home while unleashing war without end overseas.

That Martin Luther King Day is an annual circus of liberal hypocrisy is evidenced in the likes of Barack Obama and Hillary Clinton using it an opportunity to engage in gushing tribute to a man whom, if alive today, would be among their most impassioned adversaries. As US academic Cornel West writes, “The litmus test for realizing King’s dream was neither a black face in the White House nor a black presence on Wall Street. Rather, the fulfillment of his dream was for all poor and working people to live lives of decency and dignity.” 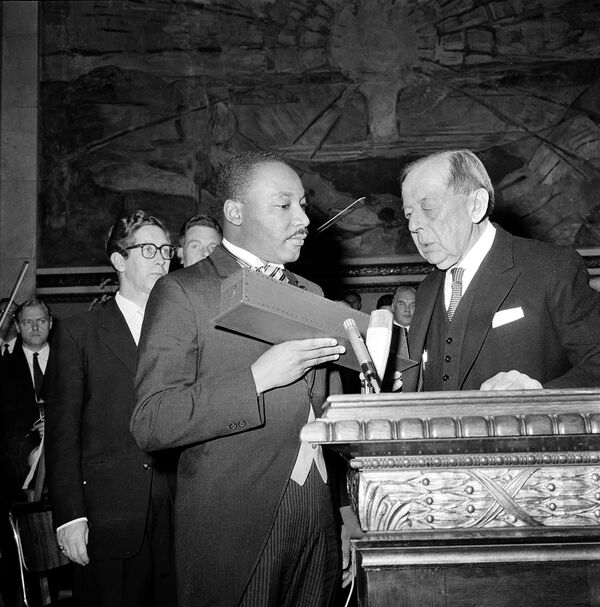 It is hard to think of a political figure whose life and legacy been so abused, distorted, and exploited as Martin Luther King’s. Indeed, it is impossible to quantify the extent to which the true meaning of his work has suffered by dint of its appropriation by a liberal establishment that cloaks its mendacity and murderous propensity for war in the garb of compassion and democracy. When, for example, Hillary Clinton is tweeting the words of MLK, celebrating his life, you know you have entered the desert of the real.

So what then did Martin Luther King actually stand for? A trite response to that question is everything that Barack Obama, Hillary Clinton, and others of their kind do not stand for – namely justice for the poor of America and poor countries of the world threatened by America. Thus MLK was not killed because he had a ‘dream’ he was killed because he was awake to the fact that the United States government was, in his words, “the greatest purveyor of violence in the world today.”

The speech in which he spoke those words is titled ‘Beyond Vietnam’. It is one of his most famous, which he delivered in New York in 1967 a year before his assassination in the midst of an imperialist war that would claim the lives of two million Vietnamese and 80,000 Americans by the time it ended in 1975.

But widely overlooked as a result of the sanitization of MLK’s legacy by this liberal establishment, for which opportunism is a mandatory requirement, is the animus that was directed at him for daring to oppose the war in Vietnam. As King biographer, James H Cone reveals, “Martin also felt that the vehement criticisms that he received from the white community regarding his opposition to the Vietnam War were motivated by racism.”

Trump Meets With Martin Luther King III on MLK Day
Many of those critical voices from within the white community were former allies in Washington, including within the Johnson administration, who’d been happy to support him when his focus was on racial equality at home but refused to understand or accept the circular relationship between structural racism at home and racist wars unleashed overseas.

King was a man who did come to understand this relationship, along with the rank hypocrisy of opposing one while not opposing the other, which is why he became such a threat to the moral foundations of the liberal status quo. As he said to one of his black colleagues after said colleague expressed concerns that MLK’s stance against the war in Vietnam would alienate liberal support for the struggle for black civil rights at home, “what you’re saying my get you a foundation grant but it won’t get you into the kingdom of truth.”

The radicalism embraced by MLK towards the end of his life was the product of his refusal to ignore the truth his eyes were imparting to him. His belief and trust in a liberal establishment to deliver justice not only to black Americans but poor Americans had been rocked by the shocking condition of the poor of all colors and race he witnessed while touring the country.

In the eminently informed analysis of Cornel West the “radical King was a democratic socialist who sided with poor and working people in the class struggle taking place in capitalist societies. This class struggle may be visible or invisible, manifest or latent. But it rages on in a fight over resources, power, and space.”

Americans Honor Martin Luther King But Not Really His Dream
West’s assertion is proved by MLK’s championing of the struggle of sanitation workers in Memphis for better pay and conditions a couple of months before he was murdered in 1968. “And I come by here to say that America too is going to hell if she doesn’t use her wealth,” he declared in a speech at a rally of striking workers and their supporters in the city. “If America does not use her vast resources of wealth to end poverty and make it possible for all of God’s children to have the basic necessities of life, she too will to hell.”

Can anyone seriously imagine Hillary Clinton endorsing such sentiments, a woman whose embrace of Wall Street and big business is a matter of record? Or how about Barack Obama, Washington’s first black president, who swore his oath of office on MLK’s own personal bible?

READ MORE: Rallies Erupt in Cities All Around Country to Reclaim Legacy of MLK Jr.

Cornel West is someone who is in no doubt as to the insult to King’s legacy Obama’s transparent attempt to posit his election to the White House the symbolic culmination of MLK’s ‘dream’: “The dream of the radical King for the first black president surely was not a Wall Street presidency, drone presidency, and surveillance presidency with a vanishing black middle class, devastated black working class, and desperate black poor people clinging to fleeting symbols and empty rhetoric.”

When it comes to the legacy of Martin Luther King, the biting insight of Irish rebel leader James Connolly applies: “Apostles of freedom are ever crucified when alive, but glorified when dead.”