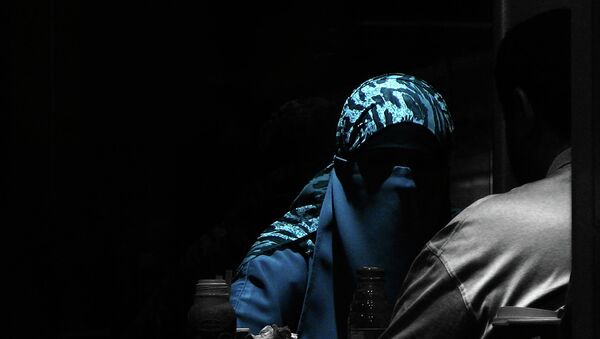 © Flickr / CGP Grey
Subscribe
A video of a man slapping a woman for not covering her hair has gone viral, providing a colorful example of how (arguably) good intentions can quickly escalate to primal violence in the name of religion.

The Malaysian man apparently walked up to a group of girls at a bus stop and started talking loudly and emotionally to them, berating them and asking whether they were Muslim, according to Channel News Asia.

China Sexual Abstinence Campaign Combines Religion, Superstition
When one girl said she was Muslim, he asked why she wasn't wearing a headscarf, to which she replied that wearing hijab is a right, and not an obligation, and that this is her personal decision. At this answer, the man attacks the girl, slapping her across the face.

The women sitting nearby stood up for the girl, which did not seem to deter the man one bit. He attempted to grab his victim again, though his way was blocked by another woman wearing black Muslim headwear.

It is unknown whether the man, dressed in a jumper and a pair of jogging bottoms, was drunk, but judging by his behavior, this would seem to be a safe assumption.

The video sparked outrage across the internet and also caused major concerns in Malaysia, as many people suggested the incident could give people the wrong image of Islam.

Malaysian celebrity Noor Neelofa Mohd Noor, better known as Neelofa, took to Instagram to question how Malaysia and Islam would be portrayed in light of the incident, Channel News Asia reports.

"We want people to know that Islam is a religion that is beautiful, that is tolerating and respectful and when things like this happen, perceptions are changed and Islam gets a bad rep," Neelofa said.

According to the Daily Mail, more than 60 percent of Malaysia's 30 million people are Muslim and what the tabloid calls "religious conservativism" has been on the rise in the country for several years, "chipping away at a one-time reputation for moderation and tolerance."

"Guys should be protecting women, not using violence in any way, especially not like this," Neelofa wrote on Instagram.

It is unknown if the man on the video has faced legal consequences for his actions.