Embarrassing Facts About the CIA Weapons Program for Syrian Rebels 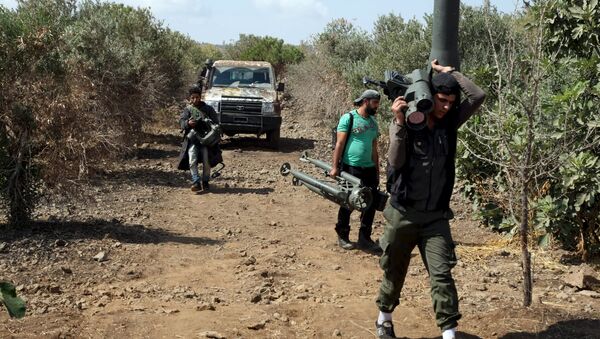 © REUTERS / Alaa Al-Faqir
Subscribe
International
India
Africa
While Syrian rebel groups hell-bent on overthrowing the legitimate government of Bashar Assad entreat Washington to send them more weapons via the previously cancelled CIA program, Sputnik looks into the facts that led to its shutdown in the first place.

In 2012, less than two years after the outbreak of the conflict in Syria, the CIA proposed supplying arms to vetted ‘moderate’ rebel groups fighting against Damascus, and in 2013 then-President Barack Obama eventually gave his approval to the venture.

US Sends MANPADS to Syrian Kurds as Part of Secret Deal - Reports
Four years later on, after a series of setbacks, US President Donald Trump finally axed the program, terminating what the New York Times described as “one of the most expensive efforts to arm and train rebels since the agency’s program arming the mujahedeen in Afghanistan during the 1980s.”

The attempts to supply Syrian rebels under the auspices of the Pentagon produced dismal results. A huge public outcry followed revelations that a $500 million effort launched by the US military to train Syrian fighters to battle against Daesh produced a measly "four or five" soldiers, instead of the promised 5,000. For those interested in the math, that’s a 0.1% success rate, or a cost of $100 million per soldier.

And now, as some Syrian militants continue to call for more guns courtesy of Langley, it might be worth recounting what led the US to shut down this program in the first place.

US taxpayers ended up forking over almost $1 billion to fund the CIA program; this isn’t chump change even for the country which prints the world’s money supply. At the end of the day however, the CIA-backed groups were repeatedly routed by the Syrian army, Daesh (ISIL/ISIS) and even, on occasion, some of the other US-backed militias. 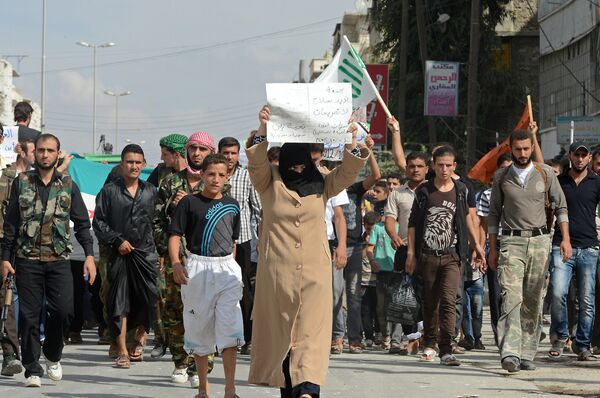 A Syrian woman holds a sign calling for the arming of rebels as civilians and Free Syrian Army members march during a protest against the Syrian government in the northern city of Aleppo on October 5, 2012
© AFP 2023 / Tauseef MUSTAFA

A joint investigation by the New York Times and Al Jazeera in 2016 revealed that the weapons supplied by the CIA to Syrian rebel groups via Jordan were systematically pilfered by Jordanian intelligence operatives and sold on the black market.

Essentially, the millions of dollars spent by the CIA to purchase these weapons went toward paying for luxury items like expensive SUVs and pricy smartphones, which the Jordanian officers responsible for the theft purchased with their ill-gotten bonanza.

Jordan, benefiting from arms supplies to the Syrian rebels, has been largely overshadowed by the fact that a significant amount of weapons funneled into Syria by CIA found its way into the hands of Daesh – the very force the US apparently purports to be fighting – and a group originally known as Nusra Front – a local branch of al-Qaeda (at least until July 2016). 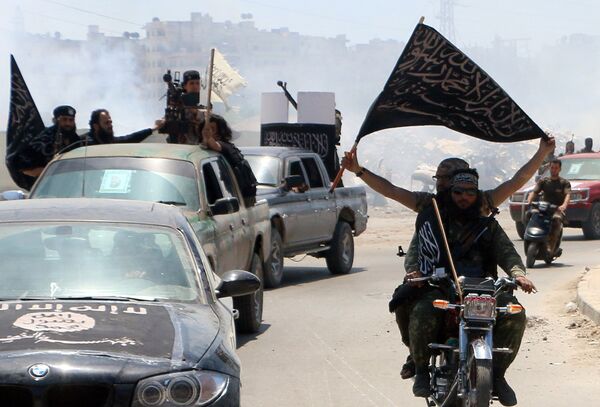 Not only have the CIA-approved groups proved that they literally cannot stick to their guns, the fact that US-supplied weapons fell into the hands of the people with ties to the masterminds of 9/11 is probably not something American taxpayers would like to hear.

Last but not the least, the situation became even more fraught when it the rebel groups armed by the CIA started clashing with rebel groups supplied by the Pentagon.

For example, a CIA-armed rebel group called Fursan al Haq was forced from the town of Marea, located to the north of Aleppo, by elements of the Syrian Democratic Forces, and, according to the Los Angeles Times, similar clashes also occurred near the town of Azaz. 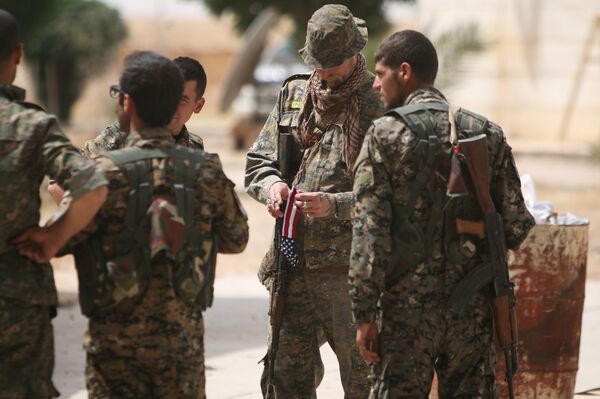 A US fighter, who is fighting alongside with Syria Democratic Forces (SDF), carries his national flag as he stands with SDF fighters in northern province of Raqqa, Syria May 27, 2016
© REUTERS / Rodi Said

The Fursan al Haq promising to fight any group that attacks his men, regardless of its backers, further illustrates the fact that coordinating the efforts of a rag-tag bunch of shady militia groups is a lot more difficult that simply giving them weapons and pointing them in the approximate direction of the ‘enemy.’