Fire Away: Stifling a Sneeze Could Literally Blow a Hole in Your Throat 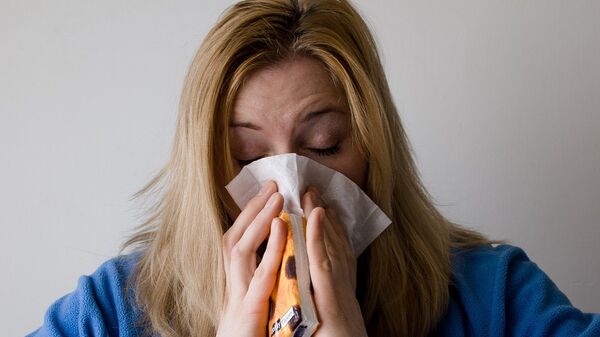 CC0 / Pixabay /
Subscribe
International
India
Africa
Next time you think about stifling a sneeze, think again, especially if you like your organs intact.

According to a case published this week through the British Medical Journal's Online Case Reports, stifling the eruptive force of a sneeze could put you at serious risk of rupturing your throat, bursting a blood vessel in your brain or popping an eardrum.

The case describes a "previously fit" 34-year-old man who recently showed up at the emergency hospital in Leicester, England, with a swollen neck, complaining that his voice had changed just a couple of hours after he kept his mouth sealed during a forceful sneeze.

"The patient described a popping sensation in his neck after he tried to halt a sneeze by pinching the nose and holding his mouth closed," the doctors wrote in the journal.

"This 34-year-old chap said he was always trying to hold his sneeze because he thinks it is very unhygienic to sneeze into the atmosphere or into someone's face. That means he's been holding his sneezes for the last 30 years or so, but this time it was different," case report author Dr. Wanding Yang added.

After conducting scans, the doctors confirmed that the force of the sneeze had ruptured the back of the man's throat, preventing him from swallowing and talking properly. The doctors were literally able to feel pouches of leaked air in the tissues of his neck and upper chest, confirming that when he stifled his sneeze, he blew a hole in his neck, which is just as painful as it sounds.

"Luckily, it was a very small perforation," Yang said. "He didn't need any operation."

After receiving intravenous antibiotics and being tube-fed for a week, the patient's tear healed, the swelling went down and he was discharged from the hospital with no permanent damage to his throat.

"Halting sneezing via blocking the nostrils and mouth is a dangerous maneuver, and should be avoided… as it may lead to numerous complications," the doctors wrote.

Sneezing can force irritants out of your nasal cavity at a speed of 100 miles per hour. Holding in a sneeze thus forces your body to get rid of the pressurized air elsewhere, like through the tissue in your throat or ear.

In fact, doctors warn that stifling a sneeze can cause a rare condition in which air becomes trapped between the lungs. It could also on rare occasions cause a cerebral aneurysm.