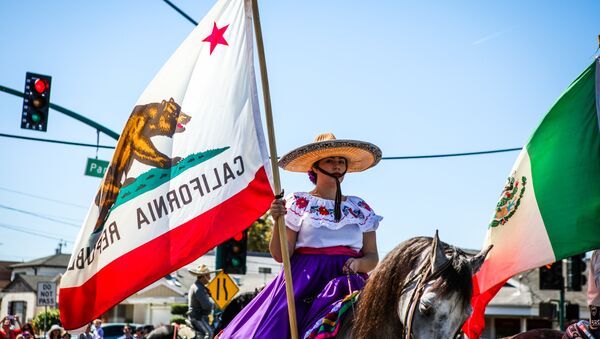 © AFP 2021 / Gabrielle Lurie
Subscribe
Citing high taxes and deteriorating basic services, a group of activists from what looks like the vast majority of counties of California announced it seeks to separate from the state and form a new entity – but not secede from the United States.

The leaders of the movement publicly declared their independence from the state of California on Monday. Unlike many other independence movements, the New California leaders want to achieve their independence in compliance with state and federal legislation. To do that, they invoked Article 4, Section 3 of the US Constitution, which says that new states can only be formed with the consent of the existing states.

"No new States shall be formed or erected within the Jurisdiction of any other State; nor any State be formed by the Junction of two or more States, or parts of States, without the Consent of the Legislatures of the States concerned as well as of the Congress," the US Constitution reads.

"Well, it's been ungovernable for a long time," Robert Paul Preston, one of New California's founders, told CBS. "High taxes, education, you name it, and we're rated around 48th or 50th from a business climate and standpoint in California."

The newly proclaimed entity comprises the vast majority of California counties, with only a handful of urban counties, from Sonoma to Los Angeles, remaining in the rump state of California.

​"There's something wrong when you have a rural county […], and you go down to Orange County which is mostly urban, and it has the same set of problems, and it happens because of how the state is being governed and taxed," Preston said.

According to Preston and his colleagues, it is going to take some 10 to 18 months before the group will be ready to fully engage with the state legislature. They face an uphill battle securing approval at both the state and federal level to achieve statehood, US News reports.

"Yes. We have to demonstrate that we can govern ourselves before we are allowed to govern," founder Tom Reed told CBS.

Sadly, it is undisclosed whether the new state's flag would incorporate a two-headed bear, if you catch our drift.