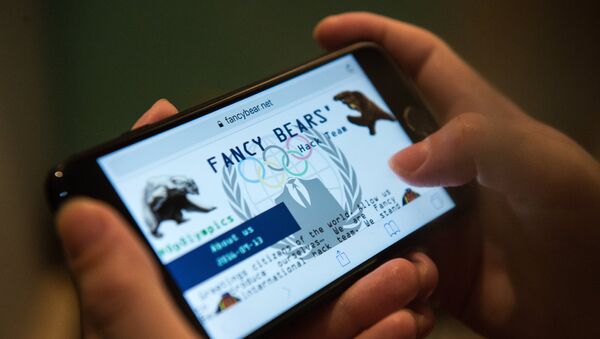 The three page letter to Bach, dated October 13, 2016 and released by the hackers on Monday, appears to reveal the extent of Verbruggen's concerns with the concentration of power inside WADA among officials from a small group of countries.

In his letter, Verbruggen, who passed away in June 2017, wrote that WADA had "to a large extent failed to be a viable and universally trusted and respected anti-doping organization, because – as well as for genuine anti-doping – it has from the beginning (17 years ago) also been used for politics."

CAS Registers 42 Appeals of Russian Athletes Against IOC Olympic Bans
"We all know – but we usually do not dare to say – that there exists a sound anti-IOC and anti-Europe attitude at the level of the WADA leadership," the sports official continued. "This WADA-leadership (appointed by the IOC, which is the cynical part of the story) usually teams up with a small group of (mainly) Anglo-Saxon NADOS [National Anti-Doping Organizations] (USA, Canada, New Zealand, Australia, United Kingdom and Norway/Scandinavia on the sideline) and this has created a division that has allowed the same people to stay at the helm for a way too long period."

"This 'coalition' can also be seen from the composition of the WADA committees (including panels and expert groups) as published on WADA's website," Verbruggen added.

Pointing out that the anti-doping organization has effectively been under the control of just four people over the course of the last 17 years, and that their continual re-nomination may the result of fears of upsetting or angering the powerful anti-doping organizatoin, Verbruggen listed off a few examples to drive home his point about 'Anglo-Saxon' control.

Russia
Putin Not Coming to South Korea Winter Olympics
Suggesting that WADA has effectively also become "a platform for IOC critics to assemble," Verbruggen argued that this "obviously" has had a negative impact on the fight against doping.

"My analysis is readily supported when looking at those that oppose the plans to create a new, non-political and efficient WADA," the sports administrator noted.

Verbruggen also criticized WADA's calls to impose a last minute blanket ban on Russian athletes during the 2016 Rio Summer Games, which he said created a "very problematic situation" because the agency did not follow up its allegations with the timely provision of information it said it had on the alleged Russian violations.

Earlier this month, Fancy Bears released IOC correspondence appearing to show that Canadian lawyer Richard McLaren had been given a "clear political order" to file a report to ensure Russia's expulsion from the 2016 Games.

Last month, the Executive Board of the International Olympic Committee suspended the Russian National Olympic Committee over what it said was state-sponsored "systemic manipulation" of the anti-doping system, allowing only 'clean' athletes to compete in the 2018 Games, and only under the neutral Olympic flag. Russian President Vladimir called the decision "politically motivated," adding that it was "mainly based on the testimony of [Grigory Rodchenkov,] a person whose moral and ethical attitudes and psychological state raise many questions."