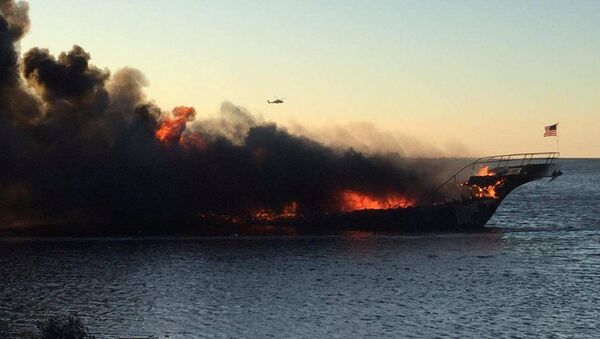 A fire with about fifty people on board has broken out on the SunCruz Port Richey Casino off Florida, there are no immediate reports on injuries.

A fire has broken out on a large vessel with dozens on board in the Gulf of Mexico off Florida, local authorities reported. The boat was the SunCruz Port Richey Casino, which was near the Harbor Point in Port Richey, local media reported.

There was about 50 people on board at the time of the fire, everyone has made it to shore and being treated by paramedics, according to reports.

There was no immediate reports on whether there were any injuries or on the extent or the cause of the fire.