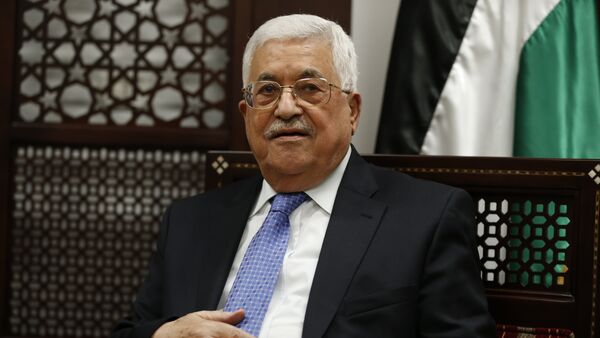 GAZA (Sputnik) - Palestine does not recognize the United States as a mediator in the settlement of the conflict with Israel and will not accept the so-called "deal of the century," which is being prepared by US President Donald Trump, Palestinian leader Mahmoud Abbas said on Sunday.

Earlier in the week, media reported that Saudi Crown Prince Mohammed bin Salman informed the Palestinian leadership about the details of the US-proposed deal.

Abbas also indicated that he had already declined the offer to meet with US Ambassador in Israel David Friedman.

Abbas Warns Israel to Rethink 'Apartheid' Policy 'Before It's Too Late'
The Palestinian leader reiterated that he would pursue a resolution to the Middle East conflict that provides for the establishment of a Palestinian state along the borders of 1967, with East Jerusalem as the capital.

"Jerusalem is our capital whether they want it or not. We will stay here and we are not going anywhere despite [Israel's] occupation and settlements [on the Palestinian territories]," Abbas said.

The US authorities have stated on numerous occasions that Washington has been preparing a "deal of the century" that will ensure a comprehensive regional peace process and will put an end to the Israeli-Palestinian confrontation. Nevertheless, the details of the plan remain unclear.