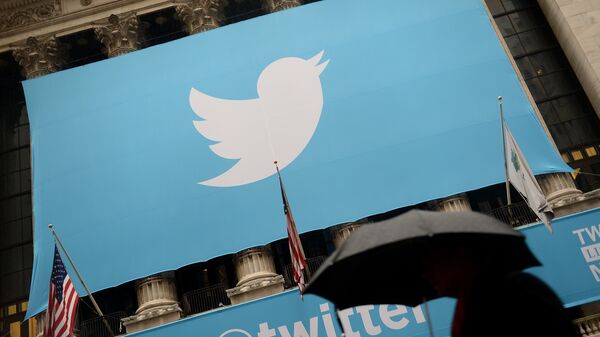 "It seems Silicon Valley has become a self-reinforcing Petri dish for evolving unregulated globalism," Wall Street analyst and investigative journalist Charles Ortel told Sputnik, commenting on a series of Project Veritas' exposures of what appears to be Twitter's censorship and manipulation of public opinion.

Starting on December 10, the investigative group released a number of hidden-camera interviews with current and former employees of Twitter, who revealed how the social media platform is "shadow-banning" and "down-ranking" conservatives.

One of Twitter's senior engineers even went so far as to seemingly offer to share the US president's deleted tweets and personal messages with the US Justice Department without a warrant.

Does @Twitter have a subpoena to hand over all of @realDonaldTrump and @DonaldJTrumpJr's DMs to @TheJusticeDept? #TwitterGate #AmericanPravda pic.twitter.com/cBJRg7H0Ur

In his previous interviews with Sputnik, Ortel drew attention to the supposedly biased approach of Facebook and Google towards Donald Trump, his presidential campaign and conservatives in general. Project Veritas' recent disclosure has added to the already simmering controversy, prompting serious concerns about the role of social media in modern politics.

"On the one hand, social media have proven utility as more effective advertising than traditional modes," Ortel explained. "On the other hand, Google, Facebook and Twitter have stock market values that seem exorbitantly high, and have effectively monetized user information to make a few people super rich."

"I believe Congress here must investigate thoroughly how these data created by these companies and others (cell phones, cloud) get into the hands of government agencies. And I also believe the potential for censorship by biased thinking (whether left or right) falls far outside the original goals of an 'internet' which were to foster scholarship through free exchange of ideas," the analyst underscored.

​How Silicon Valley Giants and Their Sponsors Accumulated Substantial Powers

Project Veritas' videos shed light on powerful tools which Twitter employees have at their disposal. The question then arises whether ordinary users will now feel comfortable working on the platform.

Twitter is in a conundrum. Keep suppressing 'Shadow Banning' from the trending list, or let it rise to the top as it organically would without any censorship? Either way, you've been exposed for more Orwellian thought policing. #ShadowBan

Having said that he uses Twitter himself to express his views and build a community of like-minded people, the Wall Street analyst warned that "the companies named, including Twitter, open themselves up to competitive and regulatory assaults eventually, should they fail to ensure employees are responsible and respectful of user information."

Commenting on Glenn Greenwald's article on supposed Facebook censorship in late December 2017, the analyst suggested that the aforementioned social media networks are serving the interests of their influential sponsors, predominantly left wing-sympathizing billionaires who accumulated substantial powers over the recent decade.

"In the Gold Rush reality that still operates there, one imagines the tiny percentage of billionaires in that group can believe they do not merit being subject to laws that do apply to ordinary mortals in America and across the world," Ortel remarked, speaking to Sputnik.

He elaborated that "given that political campaigns are expensive and because political advertising, viewpoints and activities are readily promoted over these as yet unregulated platforms, titans in Silicon Valley do wield outsized power."

If social media is the communications vehicle of the future — and it is — then this represents the most sinister threat to free speech in history. That is no exaggeration. The radical left is out to censor the voices of all with whom they disagree. O'Keefe has proven it.

But people are not stupid, the Wall Street analyst stressed. He pointed out that "messages of disruptive politicians, whether Trump or Sanders, definitely seem more in line with public thinking, even given advantages that globalists hold selling their themes."

What should be done to hold social media platforms accountable to Americans and the international community? Who could guarantee that Twitter, Google or Facebook wouldn't use data belonging to state heads and officials (let alone ordinary users) to their own benefit or the benefit of their sponsors?

SPUTNIK EXCLUSIVE: Research Proves Google Manipulates Millions to Favor Clinton
The analyst noted that if one divides the stock market values of each company by the number of users, one can then ask (as users), if the value of what people get using each platform is equal to the numbers calculated. Ortel doubts that it does. Then one can evaluate how much money promoters of each company is worth, the Wall Street analyst elaborated.

He surmised that perhaps "this is an inequality that should be reduced — by government action potentially if antitrust concerns are supported by review, and/or by encouraging titans to donate to a new nonpartisan foundation that might get back into the real news business, using sources and foment constructive debates and thereby advance human understanding."

The analyst believes that Twitter, Google and Facebook's activities should be more transparent to the global audience. For instance, the Silicon Valley giants should inform their users what powers they actually have and how they are exploiting users' data.

"A good starting place would be to explain how much money each platform makes per user, what behavior by users is most and least profitable, and the geographic spread/concentration of the user base, using granular metrics," Ortel stressed, suggesting that in addition, each publicly traded platform "should be required to augment disclosures concerning 'Risk Factors' and make these disclosures robust."