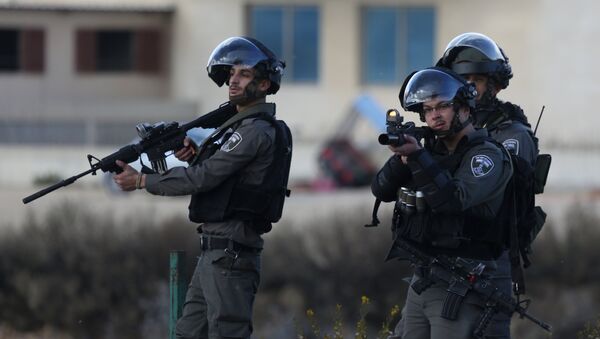 The current wave of Palestinian protests was sparked by US President Donald Trump’s decision in early December to recognize Jerusalem as the capital of Israel.

According to IDF estimates, some 850 Palestinians participated in clashes in 17 locations in the West Bank and more than 1,000 in four locations along the Gaza Strip’s border with Israel.

“During the unrest [at the border with the Gaza Strip] servicemen selectively resorted to firearms against three main inciters, who posed a threat to soldiers and border facilities,” the Armed Forces said.

Local medical services told Sputnik that 12 Palestinians were injured in the Gaza Strip and 42 more in the West Bank.

Donald Trump officially recognized Jerusalem as the capital of Israel on December 6. He instructed the State Department to begin preparations for the transfer of the US Embassy from Tel Aviv. The move immediately ignited fierce protests among Palestinians, incited violent clashes between them and Israeli security forces and induced Hamas to launch a new intifada.