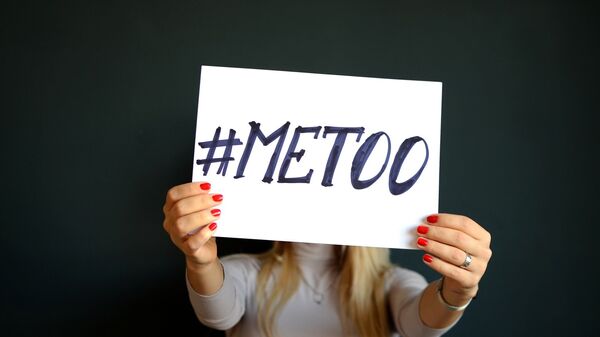 Two days ago, French film icon Catherine Deneuve blasted the #MeToo campaign against the sexual harassment of women equating it with “puritanism,” fueled by a “hatred of men.”

Catherine Millet, a 69-year-old French writer, has supported Deneuve’s bid and claimed that some feminists would not be content until “you have to sign a contract with a lawyer before you can have sex.”

The author of the memoir “The Sexual Life of Catherine M.” explained that this “wave of puritanism” casts women as “victims and the fragile prey” of men, while in fact men have freedom and a natural right to flirt and hit on women.

"We are not idiots. Rape and sexual violence should be criminalized, but we cannot ban the least little gesture, dirty word or inappropriate behavior. It's crazy, we're stopping flirting now," said Millet on French public radio.

Furthermore, Millet spoke against France’s introduction of a tougher law against harassment of women in the street and on public transport, despite the fact that back in the day, it affected her, too.

"Those feminists who want to cast women as the victim, the fragile prey of men are not helping. We have to teach women to be strong. Don't traumatize yourself for the rest of your life, it is not your fault," Millet added.

Having written a revealing memoir about her libertine lifestyle, she made a controversial claim that she "really regretted not having being raped, because then I could have shown that you get over it."

A group of 100 women, including French film star Catherine Deneuve, showed their support for men, defending their right to flirt with women as “indispensable for sexual freedom,” and called out the #MeToo campaign against sexual assault and harassment for encouraging puritanism in an open letter published by Le Monde on Monday.

The #MeToo movement has been gaining ground since October 2017 after shocking revelations of alleged sexual misconduct against the influential film producer Harvey Weinstein surfaced. The hashtag #MeToo was launched on social media, namely Twitter, to embolden women to speak publicly about their experiences of sexual abuse.