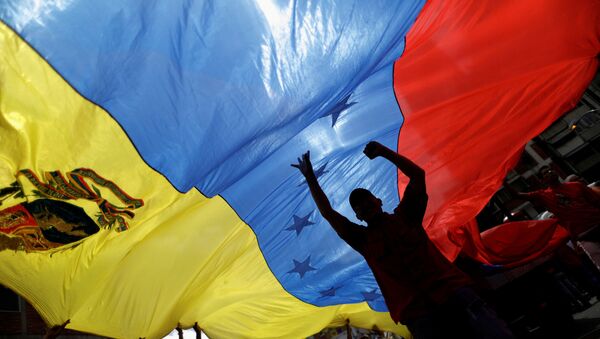 MEXICO CITY (Sputnik) — The World Bank has predicted that Venezuela’s economy will contract by 4.2 percent this year amid extremely high inflation and political uncertainty.

The World Bank group’s January 2018 flagship report, the Global Economic Prospects, has estimated that the gross domestic product growth in the country stood at —11.9 percent in 2017.

An Oil-Backed Cryptocurrency for Venezuela?
Growth in the region is anticipated to rise to 2 percent this year from an estimated 0.9 percent in 2017, the first positive rate since 2014.

The WB said the much deeper-than-expected contraction of Venezuela’s economy and more modest shortfalls in the Caribbean sub-region and Peru were offset by Brazil’s stronger-than-expected growth. The international lender warned however that US trade protectionism, policy uncertainty, and natural disasters could throw growth off course.

Venezuela, mired in a deep economic crisis caused by the fall of oil prices, has also been under new US sanctions. Recently, Standard & Poors international ratings agency downgraded Venezuela's credit rating of one of the state bonds from 'CC' to 'D', which is an equivalent to default.