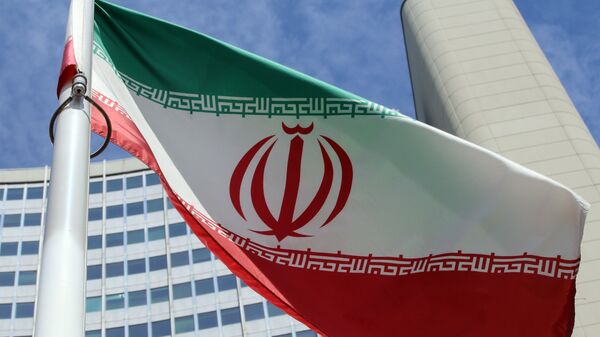 "I am expecting new sanctions on Iran, we continue to look at them," Mnuchin told reporters.

Earlier, Acting Assistant Secretary of State for Near Eastern Affairs David Satterfield said in testimony before the US Senate Foreign Relations Committee that Washington plans to use aggressive sanctions to diminish the influence of Iran in Syria.

Also, Under Secretary for Public Diplomacy and Public Affairs Steve Goldstein said during a press briefing that US President Donald Trump will make an announcement on whether he will recertify the Iran nuclear agreement either on Thursday or Friday morning.

White House Urges Release of Political Prisoners in Iran, Including Protesters
"The President will make a decision based on all the information he has," Goldstein said on Thursday. "I would expect an announcement either later today or tomorrow morning."

In October 2017, Trump refused to certify Iran's compliance with the JCPOA, agreement which stipulates a gradual lifting of sanctions imposed on Iran in exchange for Tehran maintaining peaceful nature of its nuclear program, but stopped short of pulling the United States out of the pact, prompting condemnation from other members of the P5+1 that had brokered deal.