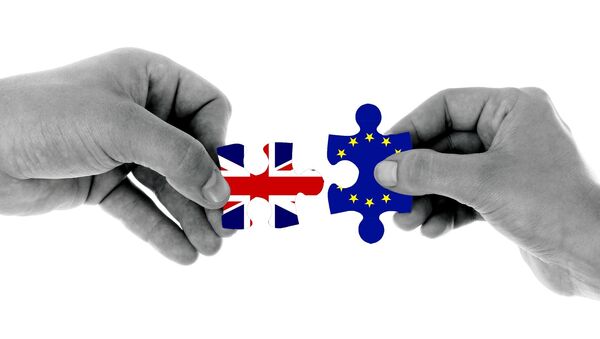 CC0 / Pixabay /
Subscribe
While the UK stands to lose from any Brexit outcome, experts still predict that the harder the Brexit scenario, the greater the damage it could do the economy of the United Kingdom.

According to an economic forecast ordered by London’s mayor Sadiq Khan, by 2030, half a million Britons could go without jobs and the country could lose almost £50 billion ($67.3 billion) in investments if London and Brussels fail to reach a definitive divorce deal.

The analysis by Cambridge Econometrics, the first time such an analysis has been undertaken, also warns that as a result of “hard Brexit,” London alone could shed as many as 87,000 jobs and see its economic output fall 2 percentage points below what one could hope for under a softer scenario.

“If the government continues to mishandle the negotiations we could be heading for a lost decade of lower growth and lower employment,” said Khan, a Laborite and a strong supporter of keeping Britain in the EU and the customs union.

“The analysis concludes that the harder the Brexit we end up with, the bigger the potential impact on jobs, growth and living standards. [It] shows why the government should now change its approach and negotiate a deal that enables us to remain in both the single market and the customs union.”

EU to Notify UK Firms of Halting Financial Aid in Case of Hard Brexit - Reports
A Brexit in March 2019 without a deal or a transition period roadmap, the worst of the five possibilities outlined in the report, would mean 482,000 fewer jobs nationwide, along with the loss of £46.8 billion ($63 billion) in investments by 2030.

Even a softer scenario where Britain remains in the EU’s single market, but leaves the customs union once the transition period is over, could result in 176,000 redundancies and a loss of £20 billion ($26.9 billion) in investments.

The service sector, financial and professional services would be worst affected, shedding nearly 120,000 jobs, with 92,000 fewer in science and technology and 43,000 fewer in construction.

Both Khan and the report’s authors stressed that the figures were indicative, and that a huge number of factors could affect what happens, but that it was the first time such an analysis had been undertaken.