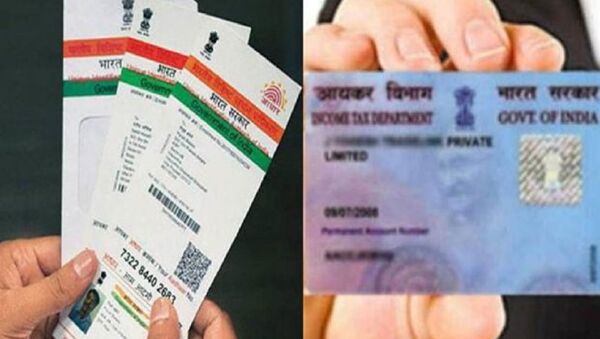 CC BY 2.0 / BMN Network / Aadhar
Subscribe
The virtual identification code together with biometrics of the user would give any authorized agency limited details like name, address, and photograph, which are enough for any verification. However, the opposition has equated the exercise to “locking the stable after horses have bolted.”

New Delhi (Sputnik) — In the midst of the prevailing hullabaloo over the vulnerability of Aadhar — a citizen's unique identity data in India — the government has come up with an additional security feature that it claims will address the people's concerns. As the main privacy concern stemmed from the fact that it is mandatory for all citizens to link their Aadhar numbers to bank accounts, telephone connections, cooking gas subscriptions, vehicle registration & other day to day transactions, the government has introduced a system wherein an Aadhar holder can generate a temporary 16-digit Virtual Identification (VID) number that can be used for authentication in lieu of the actual Aadhar number.

The Aadhaar-issuing body's CEO, Ajay Bhushan Pandey, tweeted "Virtual [ID] is one of biggest recent innovations in this field."

Virtual is one of biggest recent innovations in this field

"The last digit of the VID is the checksum using 'Verhoeff' algorithm as in Aadhaar number. There will be only one active and valid VID for an Aadhaar number at any given time," the UIDAI said in a statement. The VID technique is something similar to the access code generated for employees in the IT sector for their vital job assignments.

The "Verhoeff" algorithm is a checksum formula for error detection developed by the Dutch mathematician Jacobus Verhoeff and was first published in 1969.

The opposition was quick to respond, describing the initiative as an eyewash. Congress leader and former Finance Minister P Chidambaram wrote on Twitter — "Under compulsion, millions of persons have already shared Aadhaar number with many service providers. The new security layer is like locking the stable after horses have bolted."

Under compulsion, millions of persons have already shared Aadhaar number with many service providers. New security layer is like locking the stable after horses have bolted.

While India's top court is yet to give its final verdict on a petition challenging the Aadhar, an English language daily on January 3 published a story claiming it took less than $10 and 10 minutes to access through a middleman every detail of citizens enrolled in the Aadhar program — a claim strongly contested by the Government.

The data collection scheme also received a lot of bad press after the government decided to file a lawsuit against the publication and the reporter who broke the story. The country's journalists' fraternity has been up in arms against the government for filing a police complaint against the reporter, Rachna Khaira, who got a shot in the arm with American whistleblower Edward Snowden coming out in her support.