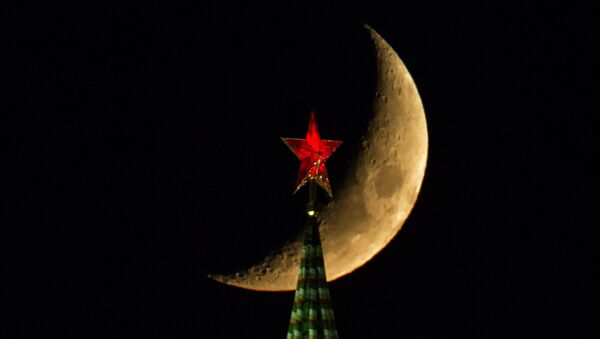 © Sputnik / Vladimir Sergeev
/
Go to the photo bank
Subscribe
Ekaterina Blinova
All materialsWrite to the author
The US and its NATO allies are likely to increase their pressure on Russia ahead of the upcoming 2018 presidential election in the country, geopolitical analyst and author Phil Butler foresees. While the analyst believes that the West will try to meddle in the Russian vote, he is confident that these efforts will fail.

According to Phil Butler, a geopolitical analyst and author of "Putin's Praetorians: Confessions of the Top Kremlin Trolls," this is only the beginning.

"These attempts to curtail genuine news and opinion written or broadcast by RT and Sputnik are nothing new actually. The attempts to 'censor' opposition to the liberal order have been ongoing from the Baltic states to Berlin, London, and across the Atlantic to the US and Canada," Butler told Sputnik.

US Justice Dept Orders Sputnik US Partner RIA Global LLC to Register Under FARA
The geopolitical analyst drew attention to French liberal academics and media figures' calls for the revocation of the license for RT France to operate. For his part, French President Emmanuel Macron has recently pledged to tighten media control by expanding the powers of France's watchdog, CAS. The watchdog will be granted the right to suspend or cancel agreements with broadcasters "controlled or influenced by foreign states."

"This is a 'ratcheting up' of efforts in the wake of RT and independent news cracking the information bubble over these NATO nations," Butler explained. "You can expect America to leverage as many NATO nations to follow suit as is possible. The precedent has been set."

US Encircling Russia on Geopolitical Front

Meanwhile, Washington is increasing its pressure on Moscow on the geopolitical front: in his December 27 op-ed for The New York Times, US Secretary of State Rex Tillerson made it clear that Russia had to abandon Syrian President Bashar al-Assad.

"Now that President Vladimir Putin has committed to the United Nations-backed Geneva political process for providing a new future for Syria, we expect Russia to follow through," Tillerson emphasized. "We are confident that the fulfillment of these [Geneva] talks will produce a Syria that is free of Bashar al-Assad and his family."

Earlier, on December 18, the Trump administration announced the new National Security Strategy (NSS) which dubbed Russia a "rival power," while Washington's approval of US lethal weapons sales to Ukraine reportedly two days later became the icing on the cake.

Does this mean that the US and its allies are determined to further step up pressure on Russia in 2018 and is it in any way connected to the upcoming presidential election in the country?

"Certainly, and across the board," Butler responded. "The neocon/liberal machine in the West has taken quite a beating from Mr. Putin's strategies. Make no mistake about it, Russia is at war not with the people of these Western nations, but with an ideology that has failed the whole world. They must attack on all fronts in a last ditch effort to win, or this failed system will crumble."

Troubled Waters: US Destroyer Arrives at Ukrainian Port 200 Km Off Crimea
In one of his recent articles for the Russian online magazine New Eastern Outlook, the geopolitical analyst dropped the hint that the West is likely to use its liberal allies, including Russian tycoon Mikhail Khodorkovsky, a former head of oil giant Yukos who spent 10 years in prison for tax evasion and theft. Butler also suggested that Washington's sanctions spree is used to alienate Russian wealthy men against the Kremlin.

When asked whether there is any chance that the purported plan would work, the geopolitical analyst responded laconically: "Zero."

At the same time, there is still a lot of controversy surrounding the ongoing power game in Washington between allies and antagonists of President Donald Trump. Answering the question whether the US right-wing and left-wing elites would be too busy to meddle in the Russian presidential vote, Butler suggested that he "would give this theory a 50/50 chance of being correct." He added that he "originally supported Trump."

"Given President Trump's moves, which is all we have to evaluate his intentions from, I am beginning to think the whole RussiaGate affair is a ruse to preoccupy and frustrate the American people," the analyst noted. "The game is starting to look more and more like 'good cop — bad cop' all over again. Factor in the recent Israel/Jerusalem lunacy, and I think your answer is there."