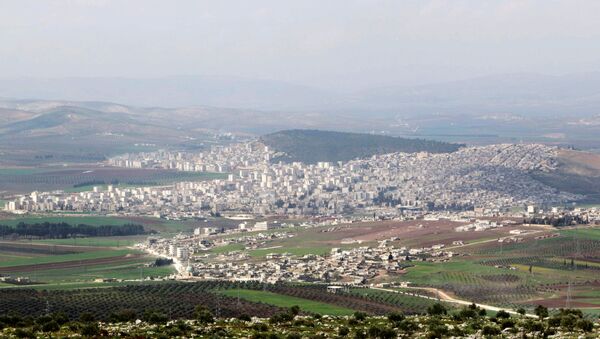 President Recep Tayyip Erdogan said on Tuesday during a parliamentary address to his party that Turkish the military will continue its Euphrates Shield operation in Syria's Afrin and Manbij regions.

In 2016, Turkey launched its Euphrates Shield Operation in Syria, aimed at the elimination of Daesh terrorists in the northern part of the country. In March 2017, Turkish Prime Minister Binali Yildirim announced the successful completion of Operation Euphrates Shield, during which Turkish-led forces drove out the Daesh terrorist group from a number of settlements. However, Ankara has continued its military operations against Syria's armed Kurdish groups. These are suspected by Turkey of having ties to the Kurdistan Workers' Party (PKK), which is listed as a terrorist organization by Turkey.

In October, the Turkish Armed Forces said that Turkish military units had crossed the border into Syria's Idlib province to conduct expeditionary activities and observe the implementation of the de-escalation zone agreement. The deployment of the Turkish troops has been criticized by the Syrian government, which has demanded Turkey's withdrawal from Syria.

Afrin, located in the northwest of Syria on the border with Turkey, is part of the Syrian Kurdish region commonly known as Rojava. Turkey considers the Kurdish People's Protection Units (YPG) controlling Afrin a terrorist organization linked to the Kurdistan Workers Party (PKK) banned in the country. In December, Turkey sent military reinforcements to the region.