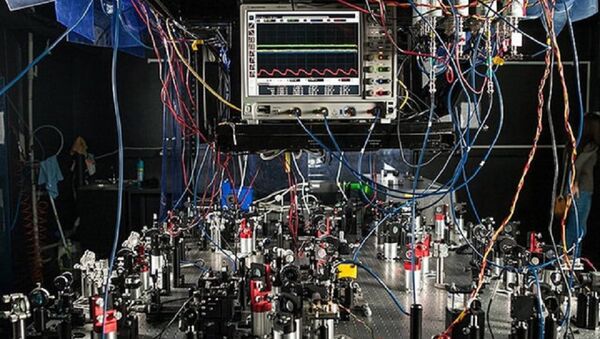 In contrast to traditional computers, which render information in one of two states (1 or 0), quantum computers operate on quantum bits or 'qubits.' This unit of quantum information is capable of storing a range of values in between 1 and 0, allowing these machines to hold exponentially more information. This means that that as the number of qubits which can be manipulated grows, so too does computing power.

Last year, a team of Harvard scientists led by Russian-born and educated physicist Mikhail Lukin created the world's first 51 qubit quantum computer. The sensation surrounding the announcement stemmed not just from its creation, but also from the fact that it was not based on the traditional diamond qubit technology which Lukin and his team had been working on over the course of the last decade.

In a recent interview with a leading scientific publication, the physicist humbly explained that although his team's innovative adiabatic approach has allowed them to make pioneering advances in the field, and carries with it tremendous possibilities for further developments, it would be premature to declare one technology or another the winner.

Russian Physicists Create First Working Secure Quantum Link Between Two Banks
"In principle, it seems to me that it's much too early to declare a winner in the quantum race; various quantum platforms have their own pros and cons. Therefore, it's extremely important for us not to concentrate on one version, but to explore all possibilities," Lukin stressed.

Having said that, the physicist added that his team's 'analogue-like' platform distinguishes itself through its immense flexibility, and the tremendous possible computing power that follows.

"Qubits based on cold atoms and ions are incredibly flexible in their work," the scientist explained. "Factually, they can be moved around, reprogrammed and changed in mid-calculation. In this sense, the solid platforms based on silicon and phosphorous being created by our Australian colleagues are significantly inferior, since they cannot be changed after their chip is created."

Lukin believes his team's approach has the best chance to take the leading position in the 'global quantum race', since there are essentially no theoretical mathematical limitations which prevent his team from creating super powerful quantum machines containing not just dozens, but hundreds of qubits.

At the same time, the physicist believes that atomic qubits, easier to control than ionic ones, will be the basis for this development. "The point is that as the number of ions increases, they start to repel one another more and more strongly, as a result of which the system becomes unstable. [The University of Maryland's Dr. Christopher] Monroe and his colleagues were able to solve this problem for 53 ions, but it remains to be seen what happens next. It will be very interesting to see how the situation develops when we reach the level of several hundred qubits," Lukin noted. 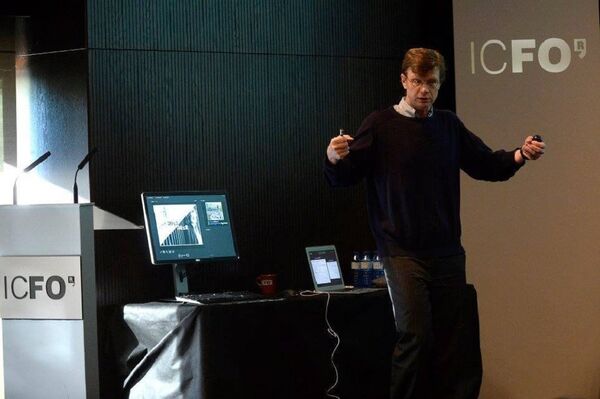 In the professor's words, the real achievement that he and his team have been able to make is not in the quantum hardware itself, but in the unexpected quantum phenomenon which they were able to observe as they monitored the behavior of atoms and electrons using their adiabatic approach.

"We have crossed a threshold, allowing us to make discoveries using such machines. Today, theorists are thinking about how to explain the stable state that arises in the system if we bring it into disequilibrium. Presently, they are trying to explain this using an analog to the mathematical chaos theory, calling the phenomenon 'quantum scarring'. For me, it is in this area that the most interesting things will be discovered in the coming years." 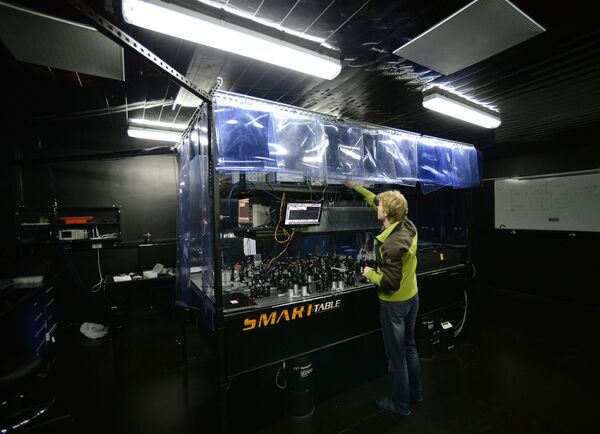 Quantum Leap: IBM Presents New Powerful 50-Qubit Computer
According to the physicist, his team is already working on the creation of error-correcting algorithms and the accompanying architecture that would allow them to be implemented on the basis of atomic qubits. However, experimentation in this direction will only make sense when the power of quantum computers is significantly increased, he says.

"For now, we do not know how to create a quantum computer consisting of hundreds of cubits, much less thousands of qubits. The addition of error correction algorithms will increase the complexity of such a system by an order of magnitude, and we simply do not understand how such a system can be scaled. It's likely that we cannot even remotely imagine how such a universal and expandable computer of the future will look," the physicist noted.

Super Quantum Computers of the Future

Still, Lukin theorizes that the first large quantum computers will not be monolithic, but will consist of modules – each of which will contain several dozen qubits. These modules can be connected with the help of a special network –a 'quantum internet' which will allow them to conduct the kinds of difficult and voluminous calculations which are impossible for even the most advanced conventional supercomputers.

Russian Research Foundation, Vnesheconombank to Develop Quantum Technology
Another problem, as strange as it may seem to a layman observer, will be attempting to double-check the calculations made by these machines. The difficulty of doing so will only be exacerbated when quantum computers reach computational capabilities beyond that of any conventional computer.

Ultimately, Lukin believes that the purest form of verification lies not in complex checking algorithms and revolutionary mathematical approaches, but the real-world success of quantum-computing-based calculations in solving real problems, such as traffic flow in a major city or predictions about the behavior of the economy. 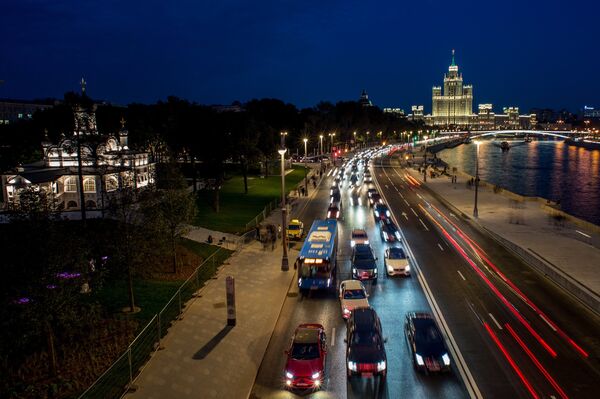 "The beauty of such tasks lies in the fact that while it's difficult to solve them, they're very easy to verify," the scientist said. "There are many algorithms which can effectively solve them, using relatively few qubits – about 100 to 200. And if they prove themselves, we can show that such computers are useful, and that they work correctly."

Friend or Foe? Scientists Outline What to Expect From AI Over the Next Century
The kinds of optimization calculations referred to by the scientist affect a broad range of scientific research, including machine-learning and AI, and advances in these areas can expand dramatically once quantum computing is applied. This practical demonstration of "quantum superiority" will draw attention, and cash, from investors, Lukin says.

Thanks to quantum computing, the world stands at the threshold of new and exciting possibilities. According to the physicist, one of the most intriguing things will be to see just how far quantum theory will different from quantum computing practice.

"If one looks at how classical computers evolved…one can see that at the dawn of their creation, there were many algorithms which were believed to be very effective at the time, but which turned out useless in practice. And only recently have mathematicians been able to discover why they don't work. The same thing, I think, will happen with quantum computers. Life is full of surprises," Lukin concluded.