Iran Protests: 'US Clearly Trying to Promote Policy Agenda of Its Own' – Analyst 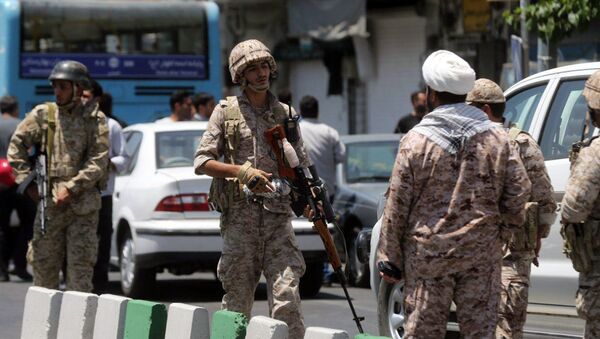 © AFP 2022 / Hossein MERSADI / FARS NEWS
Subscribe
Commenting on Washington's attempts to make the UN Security Council grapple with the situation in Iran, Imad-ad-Dean Ahmad, the president of the Minaret of Freedom Institute, a think tank, noted that the US was merely pursuing its own political interests.

In a statement on Sunday, the Islamic Revolutionary Guard Corps (IRGC) said that revolutionary guards, along with the police and the Intelligence Ministry, have broken down the chain [of unrest in Iraq] created "by the United States, Britain, the Zionist regime (Israel) and Saudi Arabia, the hypocrites and monarchists."

When asked about his stance on the allegations of foreign influence in the situation in Iran, Imad-ad-Dean Ahmad, the president of the Minaret of Freedom Institute, an Islamic think tank in Washington DC, said that he doesn't see "any hard evidence" of such an influence. 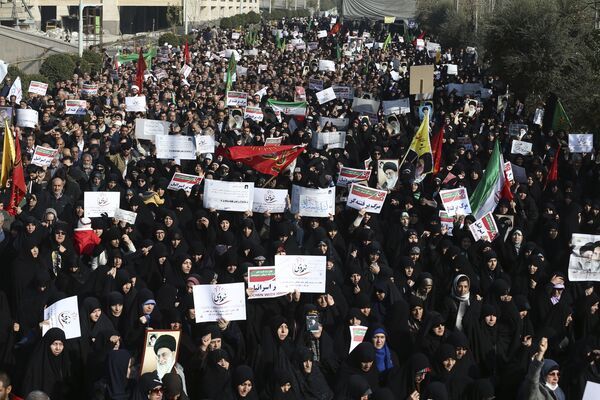 At the same time, touching upon Washington's efforts to force the UN Security Council to focus on protests in Iran, Ahmad did not rule out that the White House is trying to pursue its own political interests.

"Clearly Washington is trying to promote some policy agenda of its own. And the obvious candidate for this agenda would be that it has to do with [the US] trying to get out of the nuclear agreement with Iran," he pointed out.

Ahmad recalled that US President Donald Trump had made it clear that withdrawing from the Joint Comprehensive Plan of Action (JCPOA) is "one of his objectives, " which Ahmad described as an "ill-conceived" goal.

"All the observers […] are concerned that the objective of this issue right now is to try to exploit it in order to get out of the Iran nuclear agreement," he said, adding that "most countries of the world think that Iran being a non-nuclear power is a good thing and they want to continue to see that the agreement is observed and honored."

Last week, Russia's envoy to the UN Vasily Nebenzia said that by calling a UN Security Council (UNSC) meeting with the demand to support anti-government protesters in Iran, the US wants to disrupt the UNSC mandate, which stipulates that it should not deal with countries' domestic affairs.

More than 45 people were killed in the anti-government protests in Iran which began on December 28. At least 450 people have been arrested for participating in the riots, with all of them due to be brought to justice in the near future, according to Iranian authorities.

The views expressed in this article are solely those of Imad-ad-Dean Ahmad and do not necessarily reflect the official position of Sputnik.