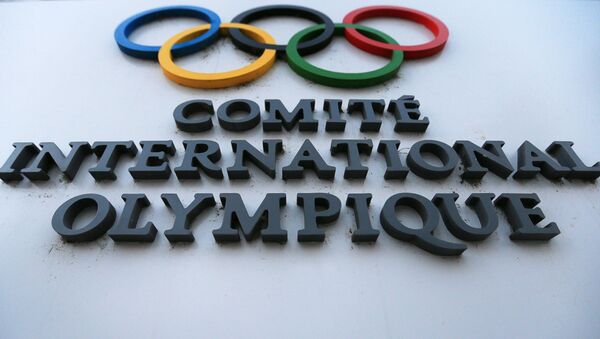 MOSCOW (Sputnik) - The International Olympics Committee (IOC) welcomes proposals on the possibility of North Korea’s participation in the upcoming Winter Olympics in Pyeongchang, South Korea, the IOC said in a statement on Tuesday.

Earlier in the day, during the first high-level official talks between North Korea and South Korea in more than two years, Pyongyang offered to send a delegation of high-ranking officials, athletes and cheering squad to take part in the Pyeongchang Winter Olympics scheduled to kick off in early February, local media reported.

Seoul, Pyongyang Agree to Hold Talks to Ease Tensions Ahead of Winter Olympics
The IOC President Thomas Bach said in the statement that the proposals "mark a great step forward in the Olympic spirit."

According to the statement, the IOC is waiting for the official statements and proposals from the meeting between Seoul and Pyongyang. Afterwards, the IOC will discuss these proposals in particular as far as the participation, the number and names of athletes and the format of their participation (flag, anthem, ceremonies, etc.) are concerned.

"We will continue to have these discussions in a positive and constructive way. Following this consultation, the IOC Executive Board will take the relevant decisions," the IOC statement added.

Trump Hopes Dialogue Between Seoul, Pyongyang to Continue 'Beyond Olympics'
In addition, the IOC stated that Ung Chang, the IOC Member in North Korea, is in Lausanne for a regular information meeting which was scheduled several weeks ago.

The 23rd Winter Olympics is expected to be held in Pyeongchang from February 9-25, 2018.

After almost a full year of continued provocations such as missile tests and successfully detonating its most powerful nuclear bomb in 2017, North Korean leader Kim Jong Un expressed willingness to hold dialogue with South Korea during a televised speech on New Year’s Day.

Following Kim's statement, North Korea made a series of peace gestures, including reopening a direct communications hotline between the two nations and sending a delegation to the high-level inter-Korean talks on Tuesday, when they offered to take part in the upcoming Winter Olympics.