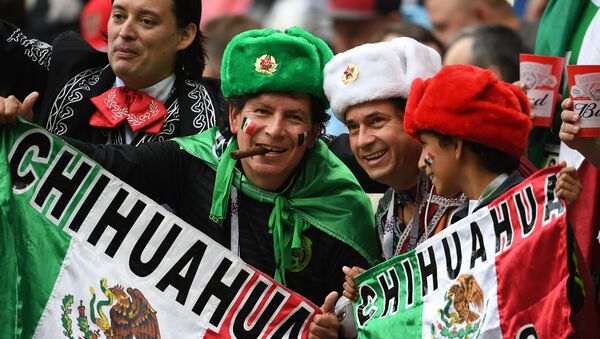 © Sputnik / Vladimir Astapkovich
/
Go to the photo bank
Subscribe
Unable to come up with any coherent evidence proving Russian interference in the 2016 US presidential vote, Washington now seems set on implicating Moscow in interfering in Mexico's upcoming general elections.

Trump National Security Adviser Herbert McMaster has said that Washington is "concerned, increasingly concerned," with Russia's "sophisticated campaigns of subversion and disinformation and propaganda," including via "cyber tools," and their use to influence elections worldwide.

In a keynote address for the Jamestown Foundation last month which Mexico's Reforma newspaper picked up on Sunday, the army officer-turned White House adviser suggested that the "initial signs of [Russian interference] in the Mexican presidential campaign" have already been "seen."

Who 'Colluded with Russians'? Check if You Are Updated on Clinton-Trump Debate
In elections July 1, Mexicans will go to the polls to select a new president, and lawmakers for their upper and lower houses of parliament.

Referencing last year's Catalonian independence vote as another case of 'Russian meddling', McMaster claimed that Moscow is engaged in "really a sophisticated effort to polarize democratic societies and pit communities within those societies against each other and create crises of confidence and to undermine the strength within Europe."

The national security adviser's comments come amid special counsel Robert Mueller's ongoing investigation into alleged Russian meddling in the 2016 US presidential election, and for any ties between McMaster's own boss and the Kremlin. 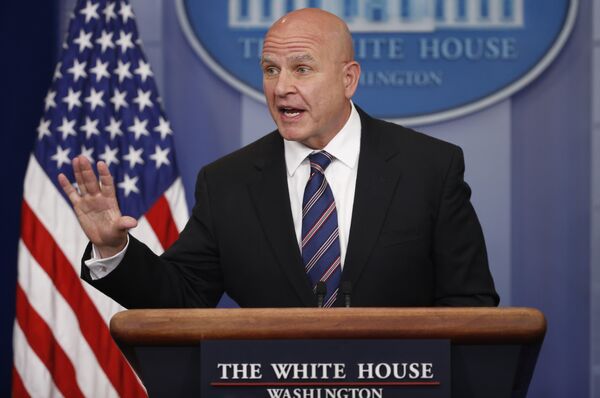 Moscow's response to the national security adviser's 'Russia did it' claims was just as flippant as the allegations themselves. On Monday, Russian Senate Committee on Defense and Security deputy chairman Frants Klintsevich joked that Washington's next step will be to accuse Russia of interfering in the mayoral elections in some "overseas hicktown."

"Ah, the omnipresent hand of Moscow," Flintsevich quipped, in a post on his Facebook page. "First, we intervened in the US presidential election, then in the referendum in Catalonia, and now we've set our sights on Mexico. That's just great. And this man's responsible for US national security. All that's left now is for him to accuse us of intervening in the mayoral elections in some overseas hicktown," the senator quipped.

Lavrov Mocks Accusations About Russian Meddling in Affairs of Other States
Moscow has repeatedly denied claims that it interfered in the elections of any country, calling such claims "absolutely unsubstantiated." Commenting on claims of alleged Russian meddling in elections in the US, France and Germany, Foreign Minister Sergei Lavrov stressed that to this point, no facts have been presented to back up any of the claims.

Social media users responded to McMaster's claims in a similarly lukewarm manner, some suggesting they were really a ploy to try to influence the Mexican elections, and others saying that perhaps Washington should consider its own –real- record of interference in other countries' affairs before making accusations against others. Others still pointed to absurdity of the fact that a senior adviser to a president who has himself been accused of 'collusion' with Russia is now pointing the finger at Moscow.

McMaster probably means "the US is interfering in mexican election". As usual. And americans complain about Russia. Give me a break.

Americans warning about Cuban err Soviet, oops Russian influence in Mexico as a way to influence Mexican internal politics? Probably in coordination with the PRI? No puede ser https://t.co/BZhTW9pWwe

Why not…it worked with #USAelections…#Russia #Mexico Maybe #Putin will build the wall to keep #Trump & #USA out… https://t.co/Loc7h81B6L

000000
Popular comments
They are obviously losing it. The most ridiculous country in the world.