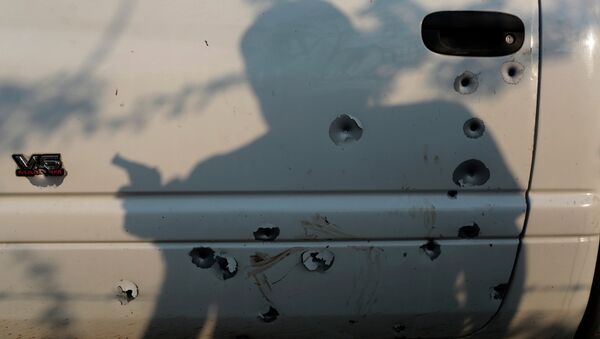 Over a dozen of people were killed in the Mexican state of Guerrero after a unit of self-defense forces clashed with local residents.

MEXICO CITY (Sputnik) — At least 12 people were killed and another one injured in clashes between self-defense forces, also called community police, and local population in the Mexican state of Guerrero, the state's police said.

The clashes occurred on Sunday in a settlement close to Mexico's southern city of Acapulco.

According to the Norte portal, a unit of self-defense forces has entered the settlement and killed four local residents. The local population then responded to the attack and shot eight community police members by firearms.

Four Mexican Policemen Killed, Seven Wounded in Attack in State of Guerrero
The additional units of police, marines and armed force have been sent to the scene.

The state of Guerrero is considered as one of the most dangerous in terms of crimes due to the inter-factional fighting for the control over the transit of drugs to the United States. The self-defense units are being established by local population in the regions that are most influenced by drug mafia and where there is lack of control by police and army. However, the Mexican authorities are wary of such community police units as they are thought to be defending the interests of certain criminal groups under the guise of combating organized crime.