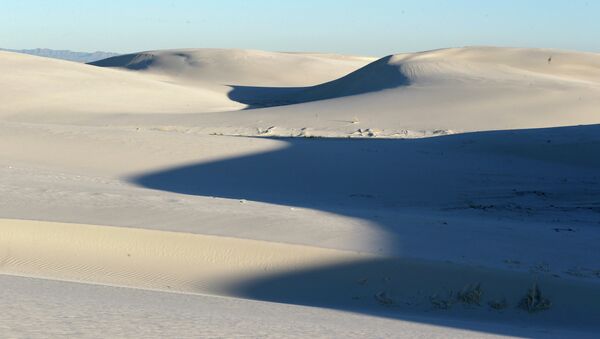 © AP Photo / Patrick Semansky
Subscribe
International
India
Africa
In the city of Kampot in southern Cambodia, the extraction of sand from an estuary on the Praek Tuek Chhu river is increasing and sand extraction is so common in Asia currently that the continent may deplete all of its sand in the not-too-distant future.

A 2016 investigation revealed that Singapore imported some $752 million in sand from Cambodia. However, Cambodia only reported that they had exported $5.5 million worth of sand to Singapore. The discrepancy between the figures compelled officials in both countries to curb all sand exports in July.

"It was a systematic fraud," said Alejandro Gonzalez-Davidson, co-founder of Mother Nature, an environmental group in Cambodia. "Taxes were evaded for 95 percent of the exports."

Other countries in Asia, including Indonesia and Vietnam, have restricted sand exports over the last few years due to environmental damage. In the same vein, India had limited licenses for sand exportation.

Suppliers have expressed concern that they will run out by sand, including the Ministry of Construction of Vietnam, the second-largest producer of cement in Asia, which recently claimed that the country will run out of sand by 2020.

Battle for Ecology: How China, India Can Wrestle Down US Nixing Paris Deal
Sand export restrictions are coming at a time when there are increasingly massive infrastructure plans across much of Asia. Many of these projects, including high-speed trains connecting Laos, Thailand, Kuala Lumpur and Singapore, are being rushed due to a sand deficit.

The issue is expected to compound as demand for sand increases in Asia, a geological region in which there is a limited supply.

According to Pascal Peduzzi, director of the UN Global Resource Information Database, "In some [Asian] regions, the economic costs of the impacts from sand mining are starting to be noticed."

In a 2014 UN report, Peduzzi wrote that sand and gravel, which boast larger extraction statistics than fossil fuels or biomass, "are now being extracted at a rate far greater than their renewal."

According to market research firm Freedonia Group, in 2014 over 70 percent of sand mined for construction globally was used in Asia, particularly in China.

"The amount of concrete used by China in the last four years is equal to the quantity used by the USA in 100 years," Peduzzi said.

The disappearance of readily-available sand is expected to continue over the next few years. In 2019, Asia is expected to require almost 11 million tonnes of sand. Freedonia Group predicts that eight out of that 11 million will be used in China.

As demand for sand increases, commodity prices are expected to surge.

"Globally the price of the sand has not risen much so far but it is foreseen that the cost will increase soon," said Aurora Torres, researcher at the German Center for Integrative Biodiversity Research.

The shortage of sand is resulting in the globalization of "a resource that traditionally was extracted locally," Torres added.

China Explores Arctic Ocean to Develop Its Resources
In Vietnam, for example, sand prices have increased 40-50 percent. Freedonia Group predicts that the global price for construction sand will increase to $8.60 per tonne in 2019. The price of sand in 2004 was just $5.65 per tonne.

In addition, sand sparsity has resulted in a black market of illegal sand extraction in Asia, which can lead to poorly-built structures.

"[In India] when there is an acute shortage… they will perhaps extract sand from the seasonal river beds. That high-moisture sand typically has very high silt content and this could go in detriment of the strength of the concrete for which that sand is used," said Ashutosh Limaye, a real estate consultant, cited by SCMP.

"We will face the [environmental] impact from sand extraction, [depending] on where sand is being extracted," Peduzzi added.

Several countries in Asia are already experiencing a sand shortage. In Indonesia, several islands near Jakarta no longer exist because of illegal extraction. In China, sand extraction has resulted in the decline of the water level of Poyang Lake, the country's largest freshwater body.

Sand extraction in the Koh Kong province in Cambodia has displaced fishing stocks in coastal areas.

"Impacts are difficult to understand because there isn't any specific scientific research but we have documented a massive decrease in the crab populations and seawater intrusion in the mangrove area," said Gonzalez-Davidson, a spokesman for environmental NGO Mother Nature.