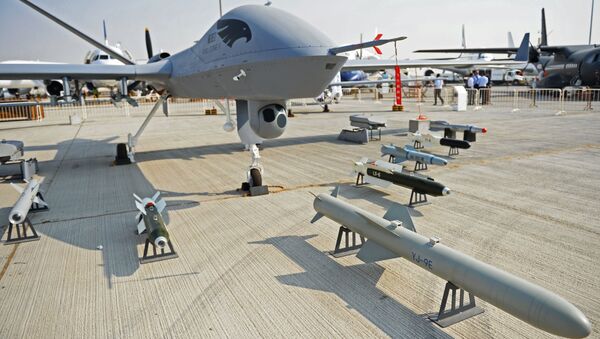 The Wing Loong II unmanned aerial system has also test-fired eight different types of missiles and dozens of bombs to date, Xinhua reported January 2, "with a hit rate of 100 percent."

The Wing Loong II is upgraded from the original Wing Loong to carry up to 12 missiles instead of two. The aviation firm did not disclose the types of weapons tested, but the UAS was displayed alongside the FT-9, FT-10, LS-6 guided munitions and TL-2, CM-502 and the Norinco Blue Arrow 7 air-to-surface missiles at the Paris Air Show last June.

Xinhua did not disclose the identity of the buyer nor the size of the order at the time of the announcement. The first Wing Loong variant was procured by international clients including Egypt, Saudi Arabia, the United Arab Emirates, Uzbekistan and Kazakhstan, the Diplomat has reported.