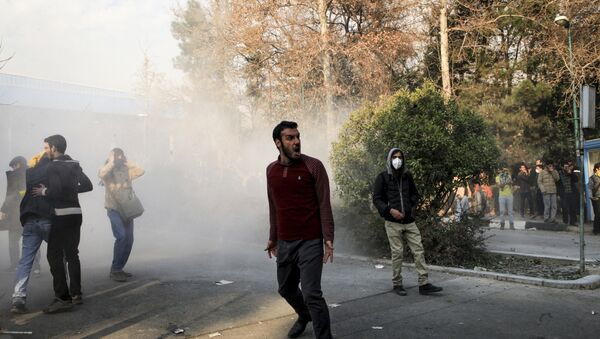 WASHINGTON (Sputnik) - US President Donald Trump should immediately lift the travel ban on Iran to show support for the protesters who have been taking to the streets in the country, Ranking Member of the Senate Foreign Relations Committee Senator Ben Cardin said in a press release on Tuesday.

“I… urge the Administration to explore options for sending signals of support to the Iranian people.  A good start would be immediately removing Iran from the travel ban," the statement said.

The senator also warned the Iranian government that if it violently quashes protests taking place there that it will likely face punitive US sanctions.

“The world is closely watching how Iranian officials respond to the legitimate calls of Iran’s citizens for reform," he said. "If the response is violence, repression, and imprisonment, the United States has tools to target human rights abusers – these include sanctions authorized in the 2017 Countering America’s Adversaries Through Sanctions Act and the Global Magnitsky Human Rights Accountability Act."

Iran has been facing the largest protests in nearly a decade for nearly a week. The demonstrations started in response to a surge in fuel and food prices in the country, as well as unemployment, inflation and air pollution. At least 20 people have reportedly been killed in the unrest.

Trump has commented on the unrest several times via Twitter, warning that the United States was watching the protests. Iranian President Hassan Rouhani responded to Trump on Monday, saying the US president had no right to weigh in on Iran's unrest after he called the Iranian people "terrorists."