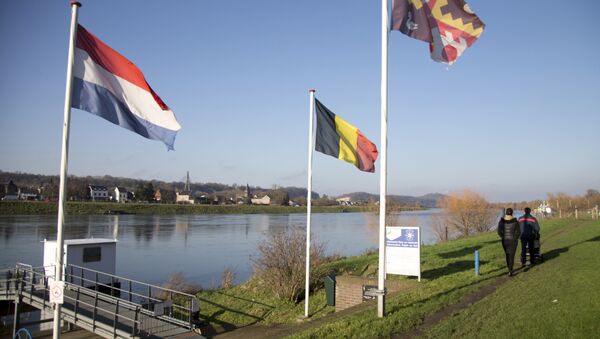 While the festive occasion is commonly a time when people exchange presents, governments go even further, presenting each other ... with new land.

A new Dutch-Belgian border deal has come into force, putting an end to a decades-old territorial dispute between the two countries.

The land swap helped to resolve a tense border situation at the Meuse River, which over the years has changed resulting in a territorial mishmash.

Some Belgian ground ended up on the Dutch side of the river while parts of Dutch territory moved to the Belgian side of the Meuse, leading to difficulties in defining jurisdiction and creating an "area of lawlessness."

The territories were used for illegal activities, drug trafficking and prostitution. Talks to improve the situation took place several times, but came to a dead end.

The crisis escalated around four years ago, when a couple walking on one of the peninsulas came across a headless body. As both — Dutch and Belgian police — couldn't properly investigate the case due to jurisdiction issues, the countries decided it was time to seriously deal with the situation.

A revised border agreement was signed in November 2017. The deal was considered a sign of good relations between the two states showing that border issues can be resolved in a peaceful manner.