Environmentalist Teen Who Told Off Trudeau to Address UN 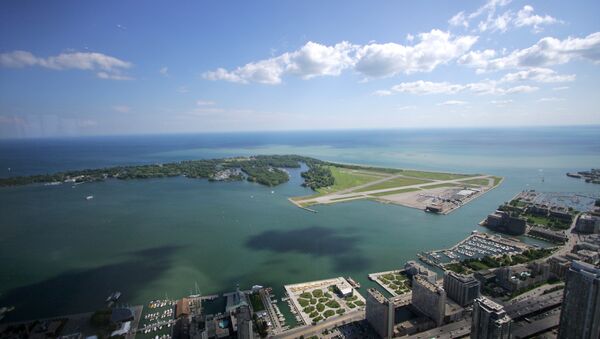 CC BY-SA 2.0 / Janus Bahs Jacquet / Lake Ontario as seen from Toronto's CN Towe
Subscribe
Teen activist Autumn Peltier is especially known for her face-to-face meeting with Justin Trudeau, during which the girl berated the Canadian Prime Minister for his stance on water protection.

She will speak at the UN General Assembly in New York for the declaration of the International Decade for Action on Water for Sustainable Development.

During the Assembly of First Nations' annual winter meeting in 2016, Peltier met face-to-face with Canadian Prime Justin Trudeau and said that she is "very unhappy with the choices" the national leader made.

In Canada, where American Indian tribes are referred to as 'First Nations', Autumn lives on Wikwemikong First Nation tribal land in the remote wilderness of Northern Ontario. Once praised for its environmental track record, Ottawa is now routinely condemned as a top polluter for its use of fracking to produce oil for export.

It was an apparent reference to Trudeau's support of a spate of pipeline projects, which were harshly criticized by indigenous environmental activists.

Peltier started to advocate for water protection when she was eight and has been in attendance at an array of major international gatherings since then.

Last year, she attended the Children's Climate Conference in Sweden, and in 2016, she was the only Canadian to be nominated for the International Children's Peace Prize – an award that she failed to win.

She told the BBC that she had no regrets about it because "this award isn't going to stop you from doing the work you're doing" and that she will keep "doing my work until the water's clean."

"Water is one of the most sacred elements in our culture because we use this water in ceremony. We need water to survive and live and that's literally the only reason we're here today is water," she underscored.