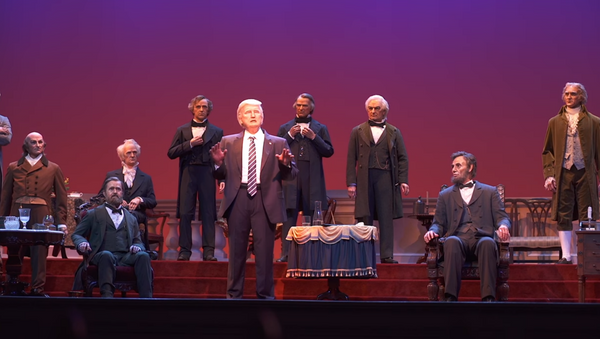 The poll, published last week, showed that over 50% of Americans would cast their ballot for Trump's opponent if he ran for reelection in 2020, with just one in three saying they would "definitely" or "probably" vote for the incumbent.

Two in Five Americans Favor Trump Impeachment Hearings
Dr. Prakash, a James Monroe distinguished professor of law at UVA, spoke to Sputnik about what the poll results mean for the president in practice.

Sputnik: According to the poll, the majority of Americans want to see President Trump impeached. Why do you think this is the case? His administration is not even a year old. He came to power with what seemed a good response from the American public in terms of a new world order. Why has it gone so badly wrong?

Sputnik: The poll noted that over 40% of those surveyed said they want Congress to hold impeachment hearings for Trump. However, other polls suggest this number is lower than those previously recorded. What do you think are the key reasons influencing this decline? It seems to be a sort of mixed bag of information on the face of it.

Dr. Prakash: It is sort of perplexing, but as you know, polls are deeply influenced by the manner in which the question is phrased. I suspect that the decline in the number of individuals expressing a preference for impeachment reflects President Trump's success in passing a tax reform bill. Many Americans are going to receive a tax cut, and that will at least temporarily endear them to him, or at least dampen their ardor for impeachment. 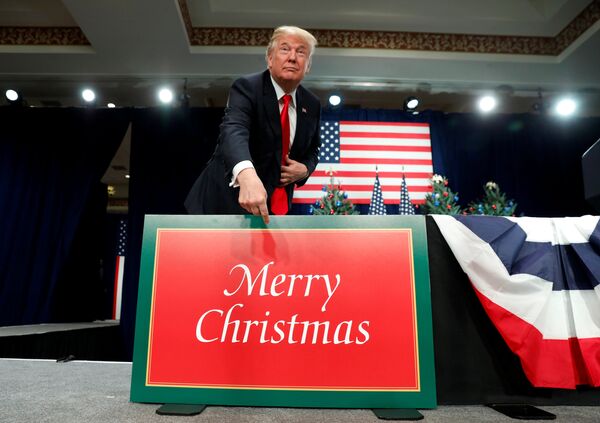 Sputnik: In your view, what are the chances that President Trump will get impeached, and if he isn't, is he likely to get reelected? I suppose those are really $64 million questions.

Dr. Prakash: Well the election question turns in part on him staying in office, but it also turns on events that will occur over three years from now. So it's really hard to say whether he will be reelected in three years.

The impeachment question is more technical and difficult. You need to have a majority of representatives in the House of Representatives to impeach a president, but the impeachment doesn't actually remove him. There's then a trial in the Senate where you need two-thirds of senators to vote to convict. So while a few presidents have been impeached, no president has been convicted by the Senate, and it's extraordinarily difficult to get two thirds of the United States Senate to agree on anything.

Trump Tells Democrats No Action on DACA Without Border Wall Budget
So my suggestion is that if the president looks like he's done something terribly amiss, he and his advisers will look at the political landscape and make a judgement as to whether or not he would survive a Senate trial. Richard Nixon resigned from the presidency in part because he believed that he would be convicted by the Senate, and rather than facing a trial in the Senate he decided to just resign.

So I think the prospects of President Trump being impeached turn in part on what he does and what information the special counsel generates, but it also turns on the composition of the House, including whether Democrats take over the House in the fall of 2018. 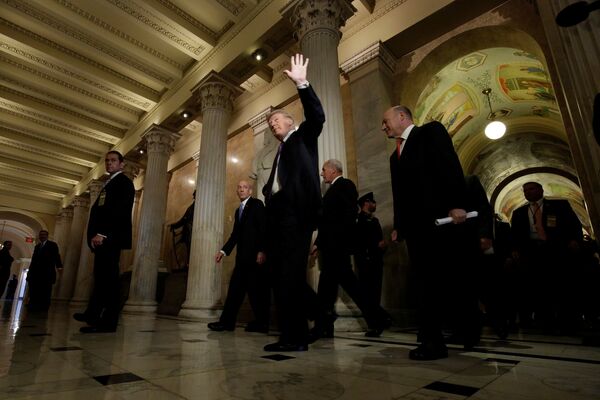 U.S. President Donald Trump arrives with Director of the National Economic Council Gary Cohn at the U.S. Capitol to meet with House Republicans ahead of their vote on the "Tax Cuts and Jobs Act" in Washington, U.S., November 16, 2017
© REUTERS / Aaron P. Bernstein

Will Republicans Kill Medicare and Medicaid in 2018?
Sputnik: The poll has also found that over 50% of respondents would vote for a Democrat rather than President Trump. Do you think this sentiment will also spread to the 2018 midterm elections? Is it likely that Republicans will lose control over Congress? What's your take – is the Republican Party in trouble here?

Dr. Prakash: Well the election is going to be a tough one for the Republicans, but what people need to recognize is that nationwide polling numbers don't matter much. A lot of districts to the House are engineered to be safe Republican districts, in the sense that in those districts Republicans outnumber Democrats.

So if you have save 55% of the country favoring Democrats over Republicans, but those Democrats are concentrated in particular districts, their numbers are weakened by the fact of that concentration. So the House is sort of gerrymandered to favor the Republicans, meaning that districts are designed to favor Republican candidates.

In the Senate, there are a lot more Democratic seats open, and two or three years ago people thought that this would be a good year for Republicans. But the president's popularity or lack thereof will be a weight or millstone for Republican candidates in certain parts of the country. 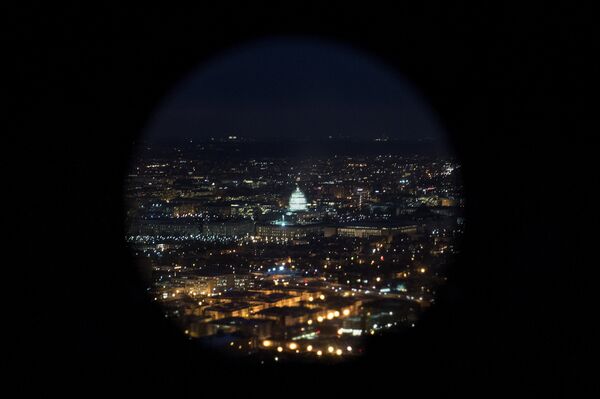 A helicopter view of the US Capitol building on Capitol Hill in Washington, DC. (File)
© AFP 2022 / Brendan Smialowski

Sputnik: One final question. President Trump has dubbed many mainstream polls as fake news. What's your take on that? Do you think polls like this actually reflect the American public's attitudes towards the president? He's obviously a divisive president – you either love him or hate him, reflecting the 50/50 split in the country.

Dr. Prakash: I think very much so. I think the president's popularity has been under 50% for a long time. I don't even know if he's hit 50%. I don't believe that these popularity or job approval polls are fake news. I think that as soon as these polls suggest that the president's popularity is surging, he will no longer regard them as fake news. I think that when you're 'under siege', so to speak, you want to draw your admirers' attention away from polls that suggest that there is a problem. So I think it's a reflection of the bad news within those polls.

The views and opinions expressed by Dr Prakash are those of the expert and do not necessarily reflect those of Sputnik.