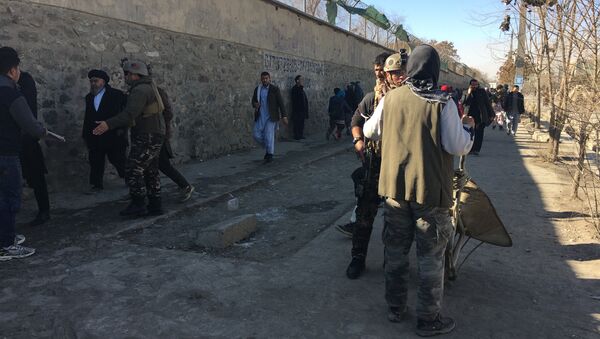 © Sputnik / Jak
Subscribe
MOSCOW (Sputnik) - The bombing attack targeting the Afghan Voice News Agency on Thursday is the latest effort from terrorists trying to silence the media in Afghanistan, which raised awareness among the general public about increasing terrorist acts in the country, a Kabul-based media advocacy group told Sputnik.

"According to our understanding, the media claims terrorist attacks on innocent people are increasing in Afghanistan. This news, of course, makes the terrorists angry. They [the terrorists] want to silence the media, [forcing them] not to raise [the issue] that violence takes place [in Afghanistan] by terrorist groups," Saber Fahim, head of the media watch at a media advocacy group Nai, which works locally to empower independent media and promote freedom of expression in Afghanistan, said.

According to Fahim, media outlets in Afghanistan have been increasingly targeted by terrorist groups.

"In this year, 2017, terrorist attacks on media outlets have increased. We’ve seen a number of attacks in eastern provinces of Afghanistan, where the attacks were launched by the Islamic State terrorist group [Daesh, banned in Russia]. Now we have the attack on the Afghan Voice News Agency. This is the worst attack in Afghanistan in recent months," Fahim said. 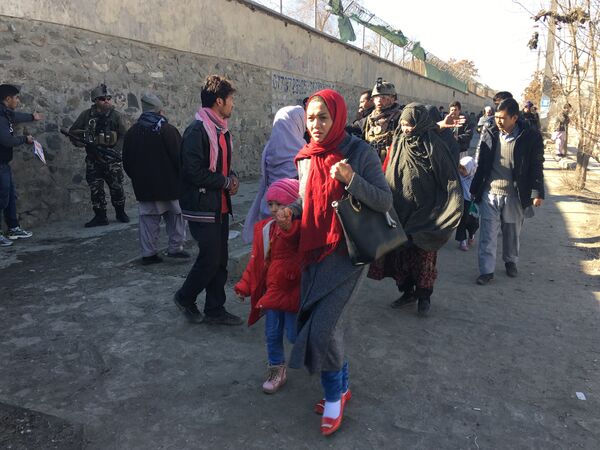 The comment was made in wake of reports from the Afghan Voice News Agency concerning an explosion took place in the Qalai Nazir area in the Afghan capital Kabul earlier in the day, where a news agency and a cultural center are located. At least 13 people were killed and another 18 injured in the blast, according to Ismail Kawoosi, a spokesman for the Public Health Ministry.

Najib Danish, a spokesman for the Afghan Interior Ministry, stated that the blast was likely triggered by a suicide bomb, adding that most of the casualties were civilian.

The freedom of expression advocate tried to get close to the scene of the explosion, but was stopped by local police.

"We heard that an explosion took place in the office of the Afghan Voice News Agency. We went to the scene and tried to get a closer look. But police stopped us from going inside the building. We wanted to find out how many people were killed and how many journalists were injured," he specified.

Fahim believes most of the casualties were journalists and activists. He also saw young boys and women being carried away by ambulances and police vehicles at the scene.

The media freedom activist heard a second explosion took place next to the office of the Afghan Voice News Agency, when he was talking to the police in an attempt to get closer to the scene of the first explosion.

The attack was carried out a day after the US Marine Forces reported the elimination of a suspected Taliban leader Qari Fida Mohammad, which, however, was claimed to have taken place much earlier.

Meanwhile, the Afghan government is taking measures to endure peace settlement in the country, working out a roadmap for the peace talks with the Taliban. This position was voiced by the country's Deputy Foreign Minister Hekmat Khalil Karzai during the meeting of the International Contact Group for Afghanistan in Oslo earlier in December.

The views and opinions expressed by the advocacy group do not necessarily reflect those of Sputnik.