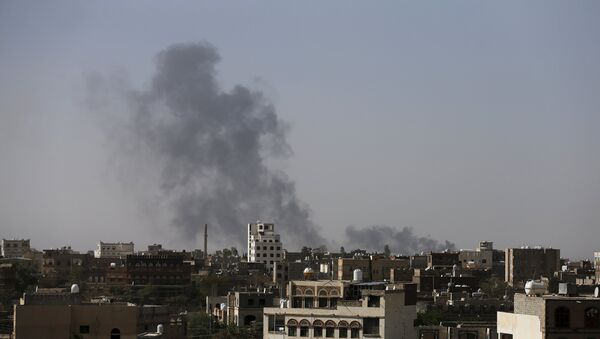 CAIRO (Sputnik) — According to the diplomat, who is currently visiting the Egyptian capital, the cooperation with officers, previously loyal to Yemen's former leader, "has led to the achievement of some results," in particular, in Hodeida province.

Was Yemen the Most Important Story of 2017 and Why Was it Under-Reported?
Since 2015, Yemen has been torn by a conflict between the government, headed by President Abd Rabbuh Mansur Hadi, and the Houthi movement, also known as Ansar Allah, backed by army units loyal to Saleh. Since March 2015, the Saudi-led coalition of mostly Persian Gulf countries has been carrying out airstrikes against the Houthis at Hadi's request.

In November, tensions between Houthis and Saleh loyalists escalated, leading to the fighting in the Yemeni capital city of Sanaa. Shortly after reaffirming the end of his alliance with the Houthis, Saleh was killed by the Yemeni rebels. Later, Yemeni President Mansour Hadi has urged Yemenis to rise against the Houthis after the killing of the rebels' former ally.