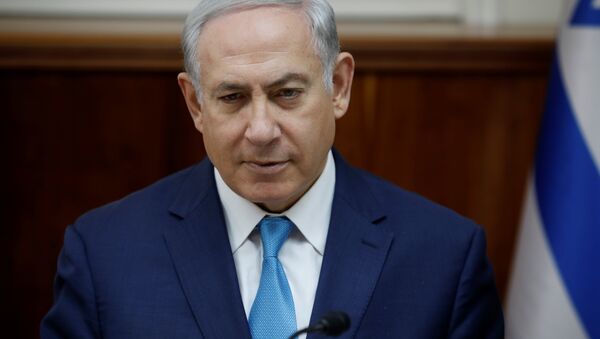 The price hike has been a major concern for India. But the Airborne Early Warning and Control System (AWACS), dubbed the “Eyes in the Sky,” is one of the most urgent requirements of the Indian Air Force. The system comprises Russian Ilyushin-76 aircraft equipped with sophisticated Israel-made radars.

New Delhi (Sputnik) — The 15th round of foreign office consultations between India and Israel in New Delhi has set the tone for Israeli Prime Minister Benjamin Netanyahu’s upcoming India visit starting January 13. The consultations were led by Vijay Gokhle, the secretary of economic relations of the government of India and Yuval Rotem, the director general of the Israeli Ministry of Foreign Affairs.

In the previous tripartite deal signed in 2003-04, India had acquired three AWACS systems in which Russian Ilyushin-76 aircraft were equipped with sophisticated Israel-made radars at the cost of $1.1 billion. However, while negotiating a follow-on deal, the vendors quoted more than $1.25 billion for each AWACS, resulting in the deal being held up for over a year now.

A call on #India’s top diplomat #FS #Jaishankar by #@IsraelMFA #DG @Yuval_Rotem to discuss our bilateral relationship and its ingredients,reflecting on the last 25 years and thinking about the next 25! @AssafMoran @NoaHakim pic.twitter.com/MiKP7E9Bs4

Experts say that India would have to weigh in the “necessity” factor over the cost factor.

"AWACS is in fact a priority for India. AWACS is a huge force multiplier, allows more efficient use of airpower and gives early warning. Given other handicaps of the Indian Air Force, this mitigates them a bit. Well, it's a tripartite deal with Russia providing the planes and Israel mounting the radar. The price hike has been a major issue but India needs the AWACS system to upgrade its air power. See how Modi went after Rafale," Jaideep A Prabhu, a strategic expert, told Sputnik.

The AWACS have a range of 400 km and 360 degree sweep coverage, which allows them to detect airborne aircraft, cruise missiles and drones much sooner than ground-based radar can.